Being on the cover of a magazine is a dream for virtually every model and photographer. It’s exciting. The process can be elusive too. How does one go about achieving this? It’s a variety of factors and often a combination of them. Great images are a terrific start. Being a celebrity or influencer is another. Sometimes it’s doing a session that captures the imagination with its theme. Sometimes it’s who you know.

Before we go any further. Having published a magazine that was printed by the thousands of copies per issue, that was on shelves in over 240 specialty bookstores in several different countries, that once sold enough $10 copies that we could GIVE models and photographers in those issues FREE COPIES POSTAGE PAID and access to more not only at wholesale, but on consignment so those creators could make money…. having done all this it makes me sad as to how things have changed. I did not publish Retro Lovely for about 3-4 years, mainly because I did not want to permit such a storied brand to resume using print on demand publishing. You know where you print one at a time for the people who buy them. The same sort of business model that makes them very expensive compared to the $8 pre-sale price we offered the now legendary issue No.1 for.

I want to be really clear that these issues are in no stores. Are not printed until ordered and on average, per issue, sell fewer than a 100 digital and print copies. Wow, so maybe you should seek another title for your work? Well here’s the thing, many current publishers will not be so honest with you. They’d like you to think they were selling lots and lots of copies. Here’s what I will say, and stand behind based what I have experienced personally and discussed with other current and past publishers using the same resources. I would wager money, no current pinup publication sells more than 300 copies. How can I make that statement?  Because if a publication was selling that many copies and they were not using a big, commercial, offset press to do that printing they are loosing out on thousands of dollars in potential profit. If you could offer a better product for less money that made you more money… well who wouldn’t do that? My research an talking to others has me feel most titles using print on demand publishing also only sell a few dozen copies. By my eyes all are a side-hustle for people. Sadly far too many look like they are put together by someone who never did any graphic design for hire.

So when it comes to Retro Lovely, the brand I started and did more with than any other image-only pinup magazine ever… why resume using a print on demand service? Easy, it’s a fun way to have keepsake images of your photo sessions. It’s a fun way to have your work showcased in hard copy against others. There is something to be said for any hard copy as compared to NO hard copy. Do you trust social media sites will always make your photos available to the world to be admired forever? And even so, content we create is buried under an unending avalanche of new work by the hour. This is why.  So if you seek being “internationally published” for fame and glory and for millions of people to see your work on newsstands. That actually kinda doesn’t exist any more. If you want to have your work featured by one of the most iconic brands ever in the history of pinup (man that sounds braggy… but it’s still no less true) than by all means, Retro Lovely is a great place to share that work. And if adding a cover to your collection is important to you, our Cover Girl Sessions are like having a friend in the business. Of course we want to tick off the checkbox of “great images” too which is why these sessions will not be like any others offered by our studio. It’s also why there is something of a screening process. If you just woke up this morning, saw your first pinup photos on Pinterest and decided you want to be a cover model while never having modeled at all before…. it’s probably not going to look right. We’d rather tell you “no you aren’t ready for this” than lead you on just to book a session.

So are you still interested in a cover session?

How does this work? You message us letting us know you are interested. Then we’ll ask you for some existing samples of work from shoots you’ve already done and we will share those images with several of our professional partner studios to get a consensus the ability you’ve displayed in those sample images leads us to believe you’ll have success with such a session.

With that green light we would then begin planning your session. This is where it differs from most sessions we do, where a client decides a theme they want to do, chooses wardrobe they want to wear, asks the stylist for a certain look. Please don’t think this mean. But sometimes people choose for themselves things that are not best suited for them. Wardrobe that is not flattering, styling that isn’t best for their features. The review of existing work will permit us as a studio to make suggestions to you as far as what we felt you were capable of achieving with results nobody could argue with. We will be very honest in our critique of your prior work. Will share with you what you’ve already done that hit the mark and things we’d want to avoid.

The sessions themselves will be longer in time than our regular shoots. None will occur on a day where there is a second session. It will be strictly your day. Un-rushed. Focused. Where we generally love when clients bring friends or family for these we will require no one else other than myself and perhaps the stylist be present while working. This because we have noticed too many sessions where the subject becomes distracted worrying about what that other person sees or thinks. They can come, be nearby, but while shooting they will not be permitted to join in. These sessions will likely take at least 4 hours. Depending on wardrobe options you will arrive and slip into a robe so any possible skin indentations will be eliminated by the time shooting would begin.  Shooting will be such that images will simultaneously be transferred to a high resolution tablet or monitor for immediate review so that every detail can be assessed and adjusted as need be. The stylist will remain through most of the shooting to make on the spot fixes as needed as well as assist in general.

It will be as much work and time as 2 sessions.

How about some bullet points for this:

Deposit for this session is $250

Total pricing will be discussed privately but think of this as costing as much as 2 deluxe sessions, or what a calendar shoot might run early in the year (when they tend to be discounted) Here’s a list of our regular sessions for comparison.

Another great way to think about this is rather than do 2-3-4 sessions in a year hoping for such an opportunity to happen… trade in two or three of those sessions to KNOW it will happen. It’s still no more than most boudoir studios charge between their shoot fees and products purchases.

Ready to get started? Email me at michaelbann@me.com

Here are some past covers produced by Devilbliss Studios: 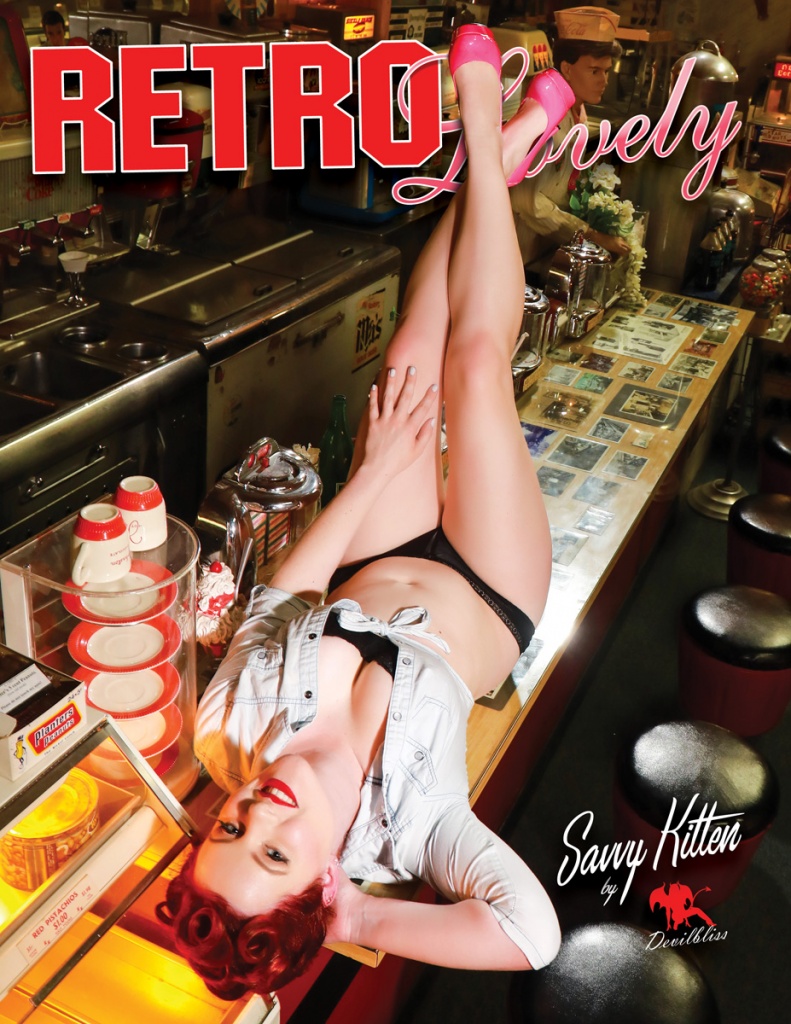 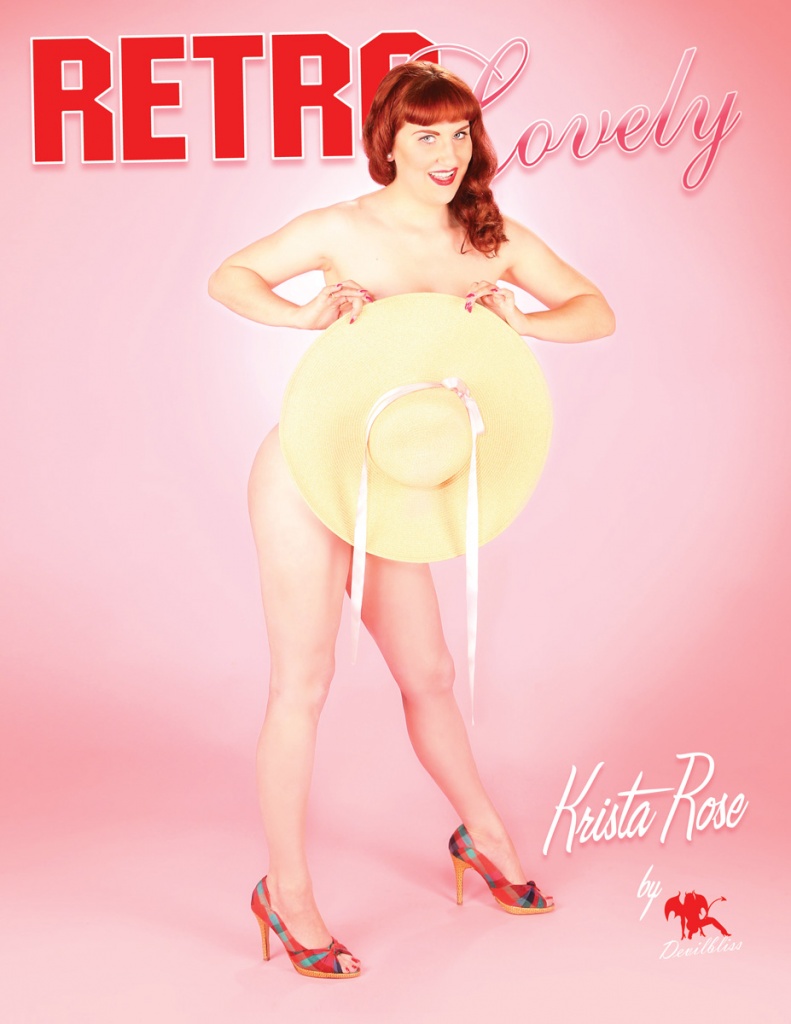 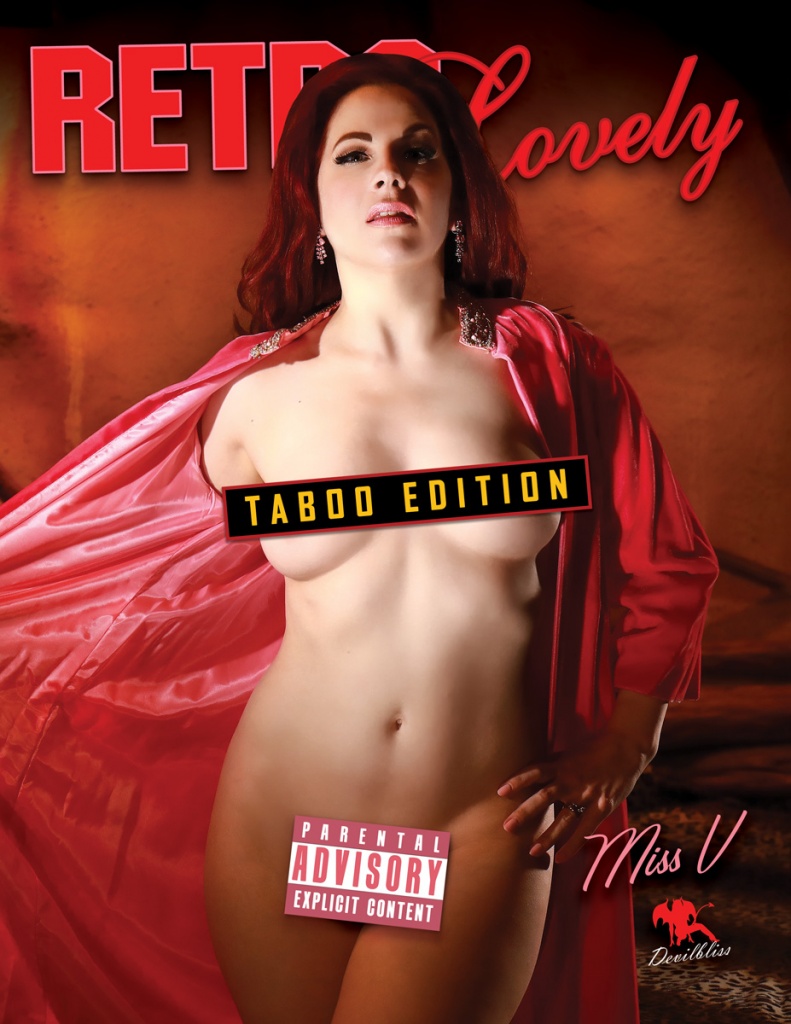 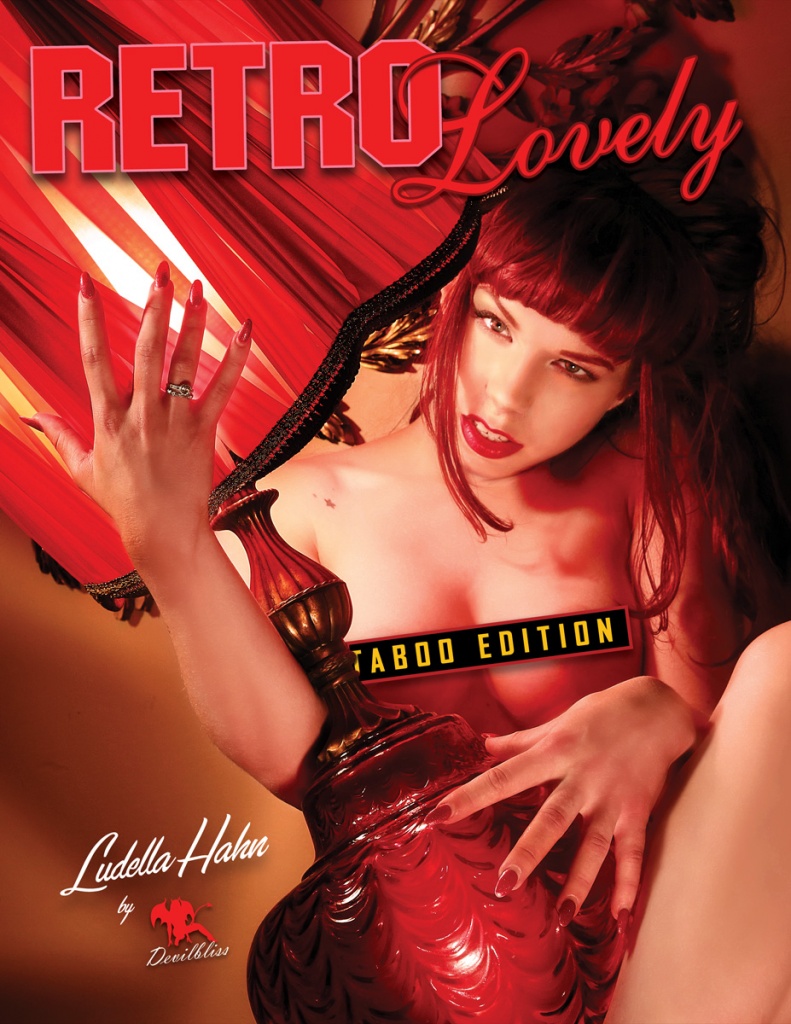 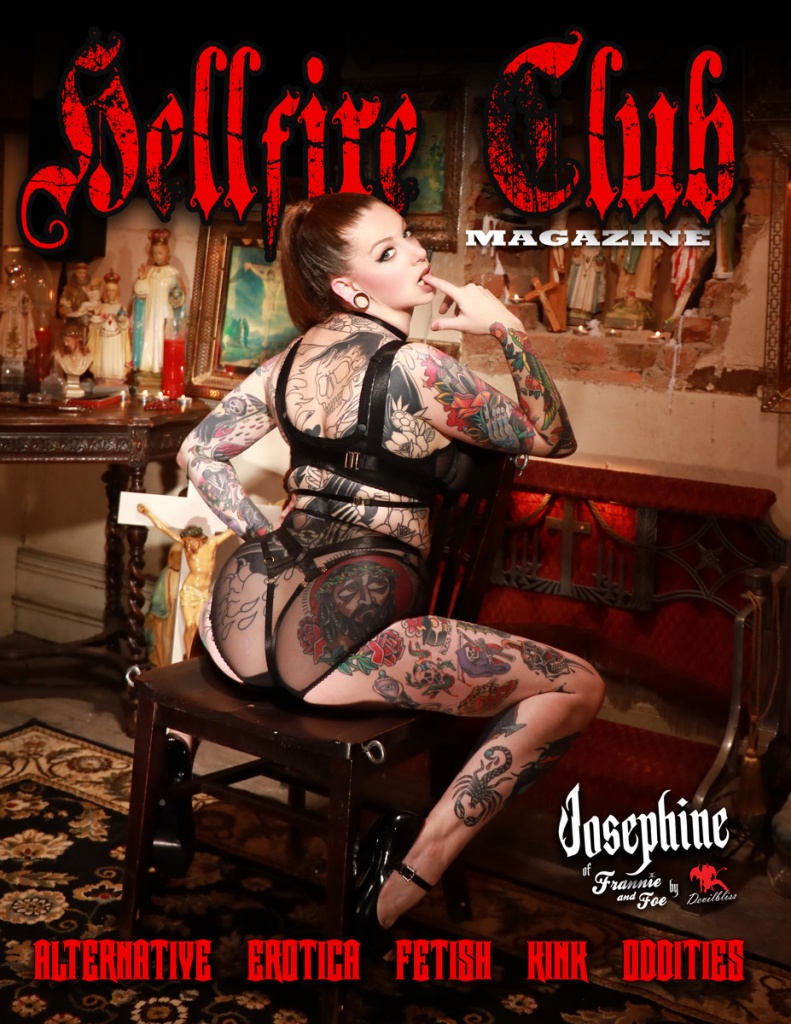 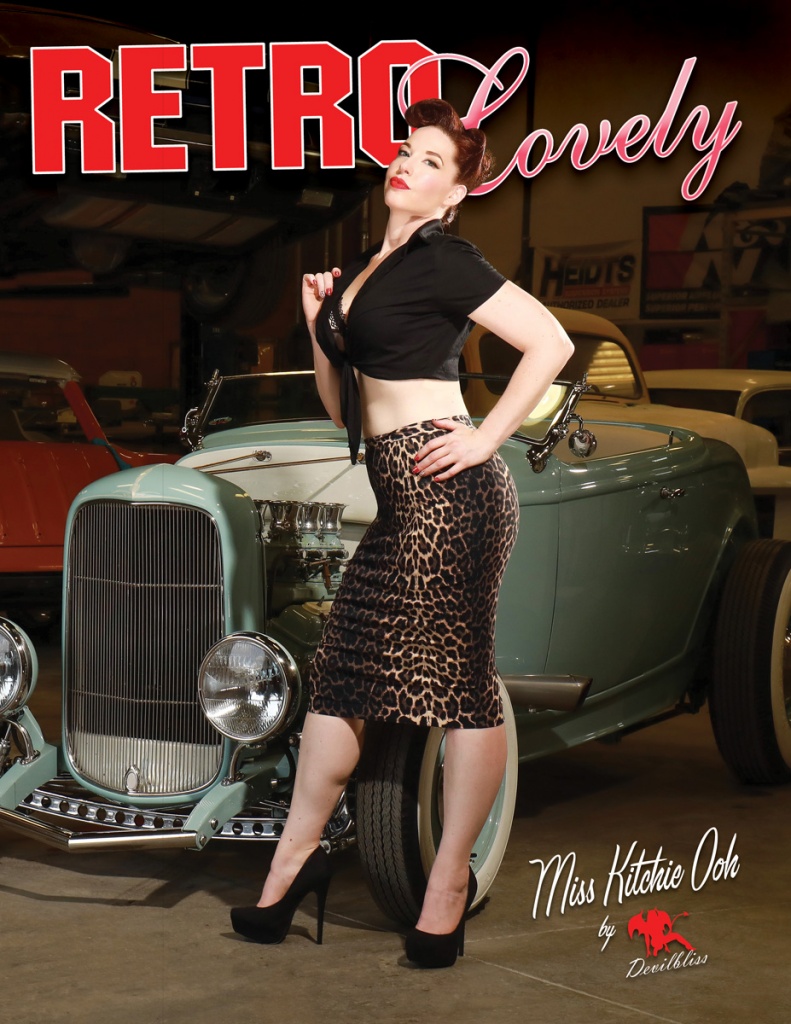 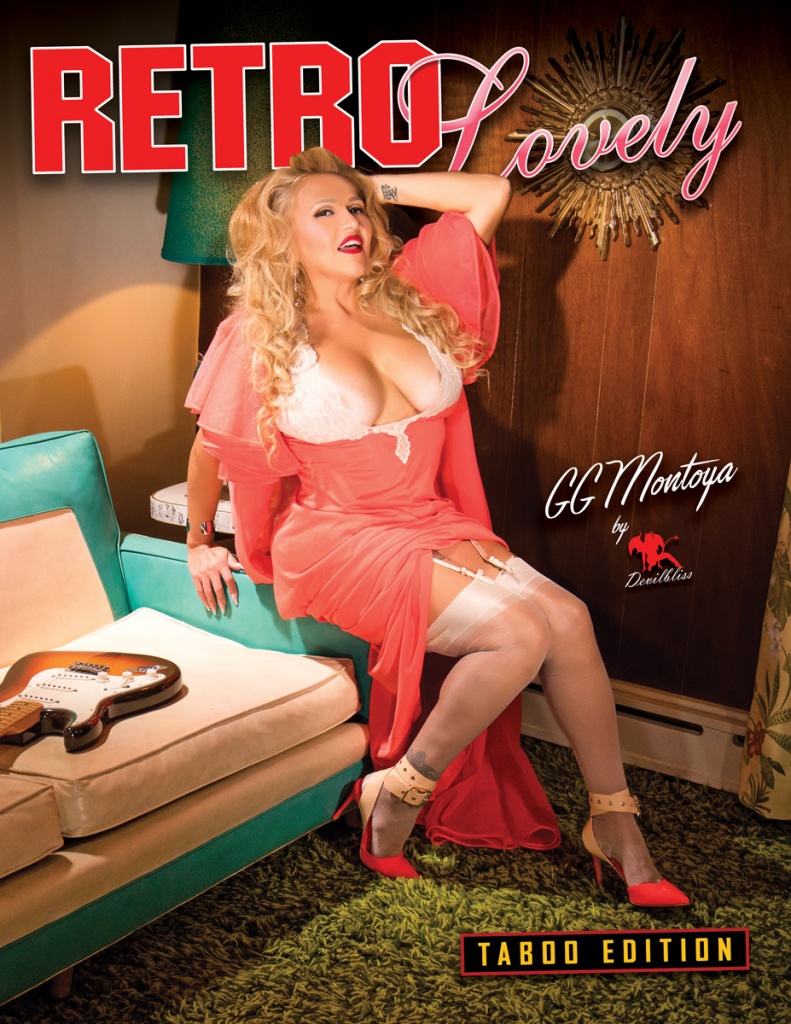 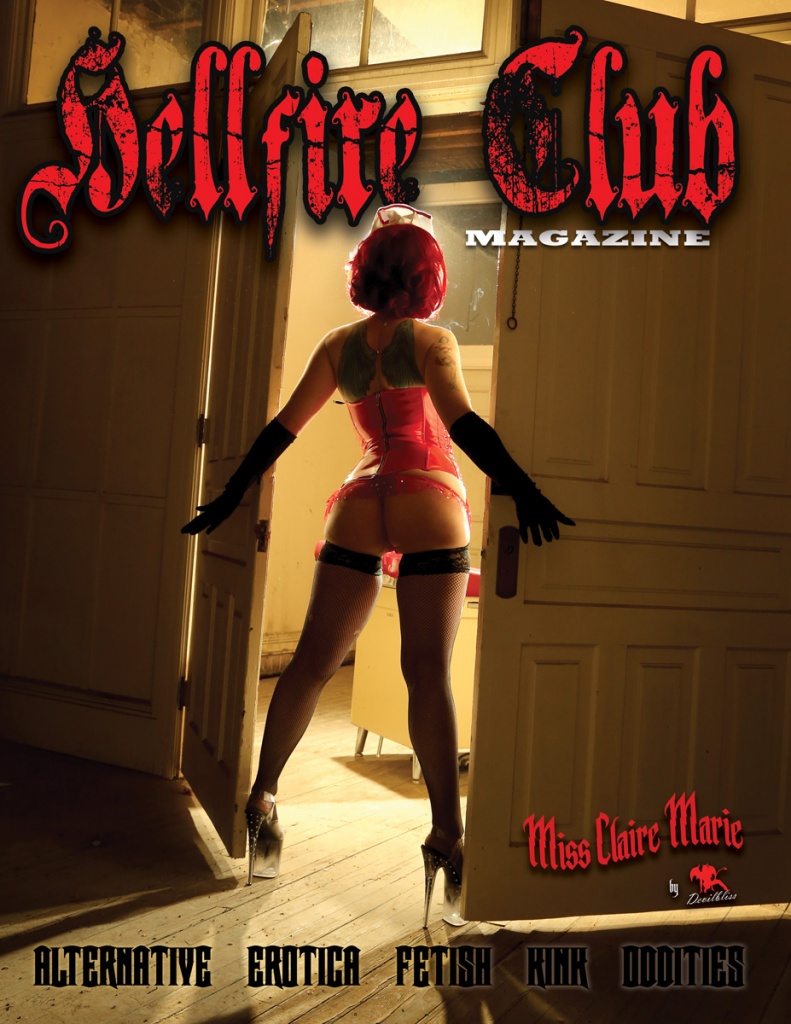 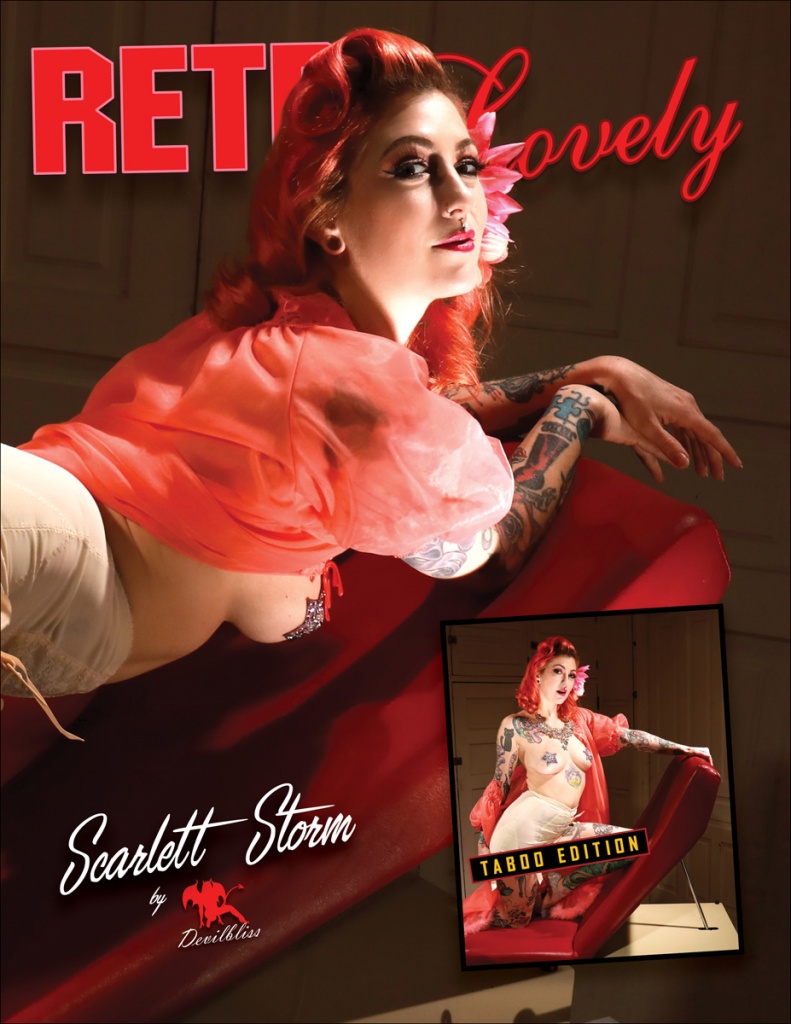 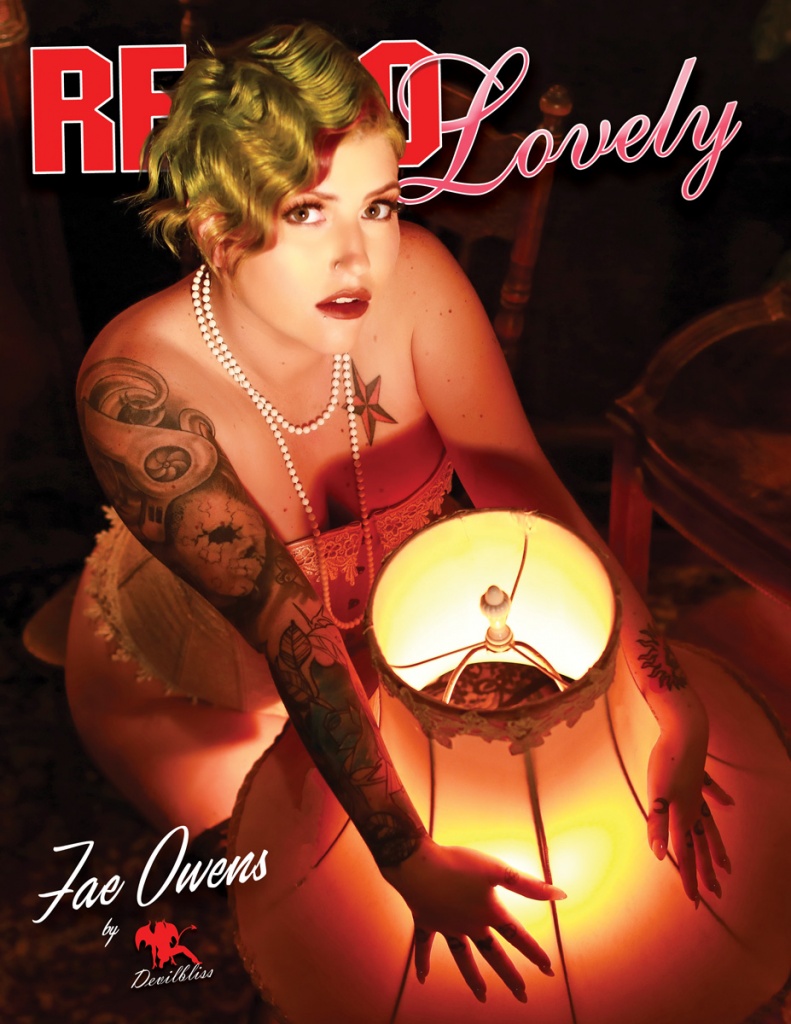 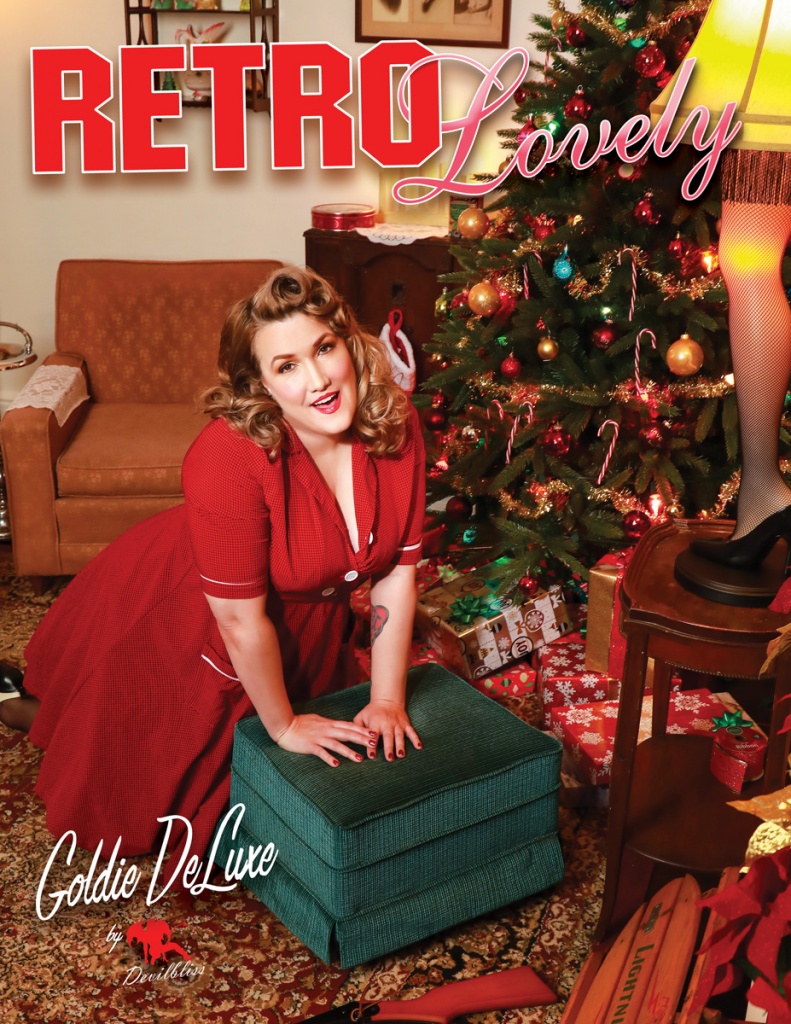 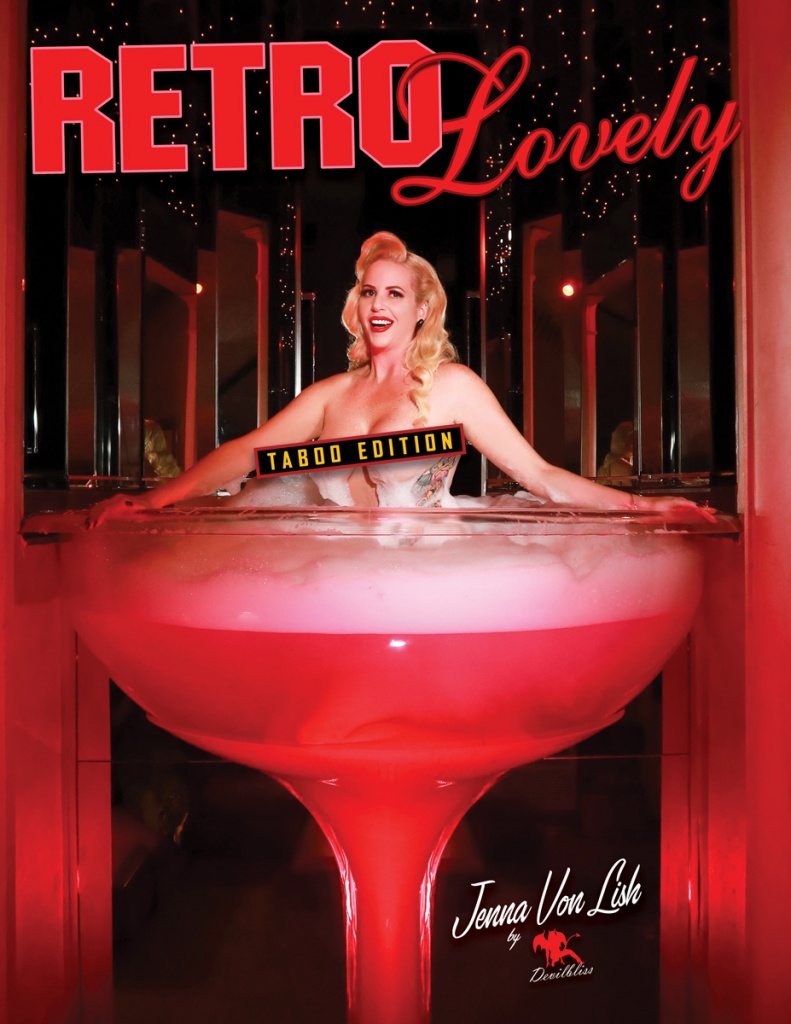 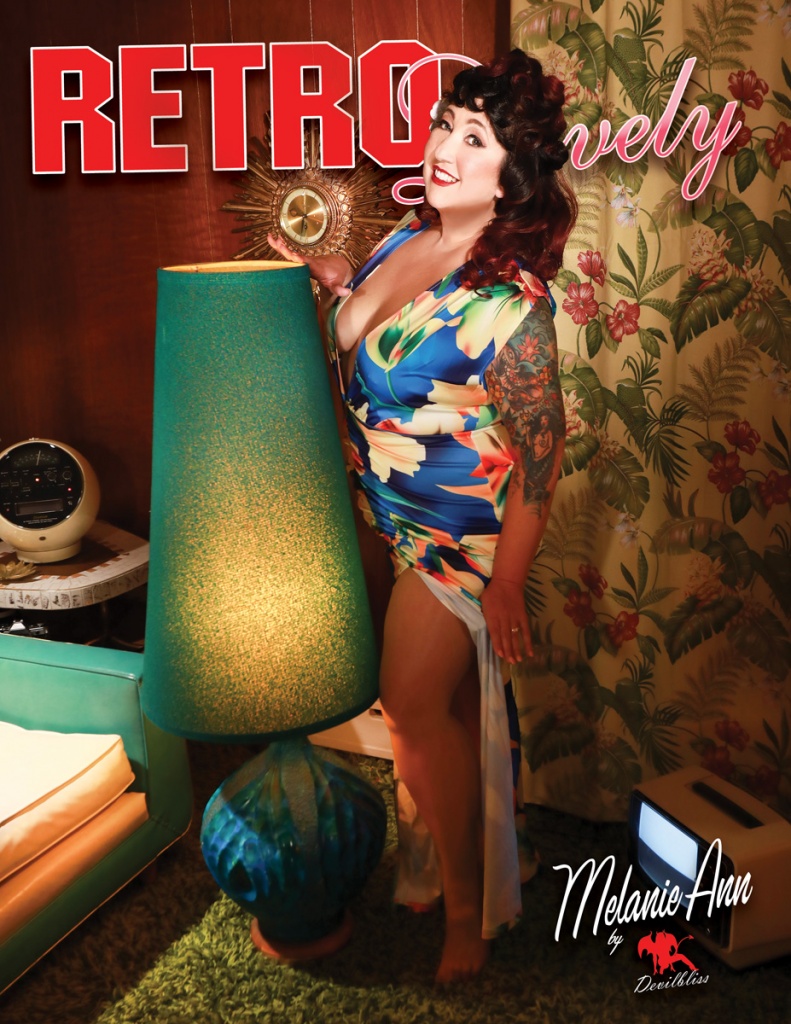 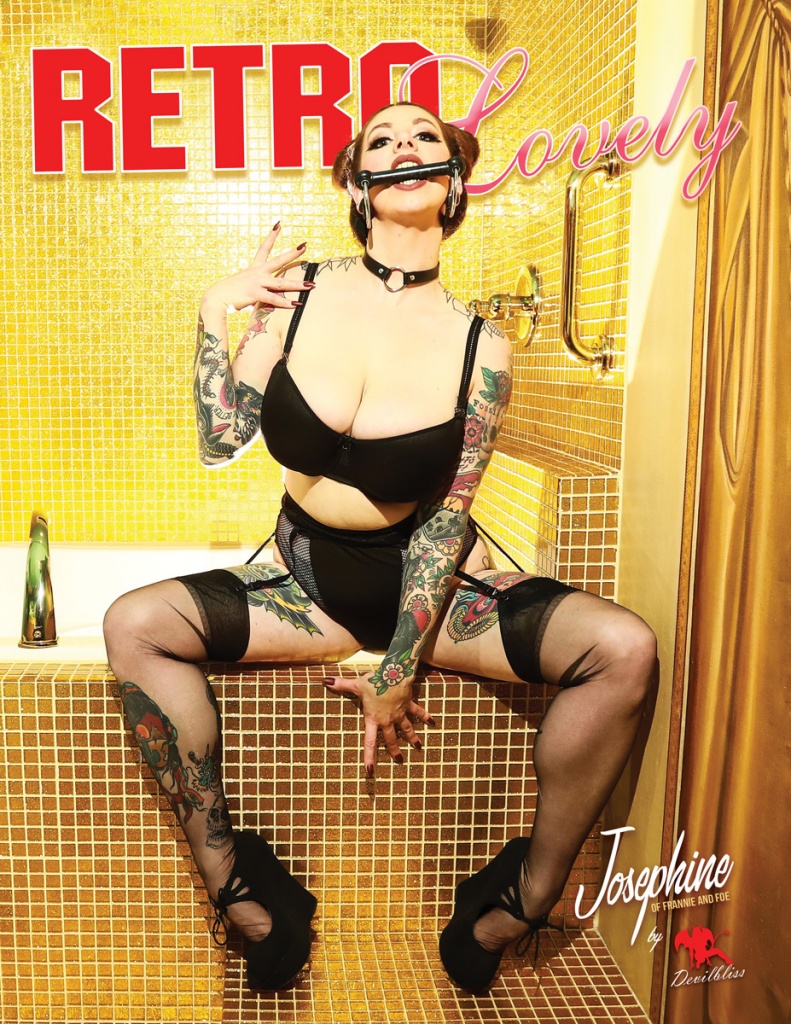 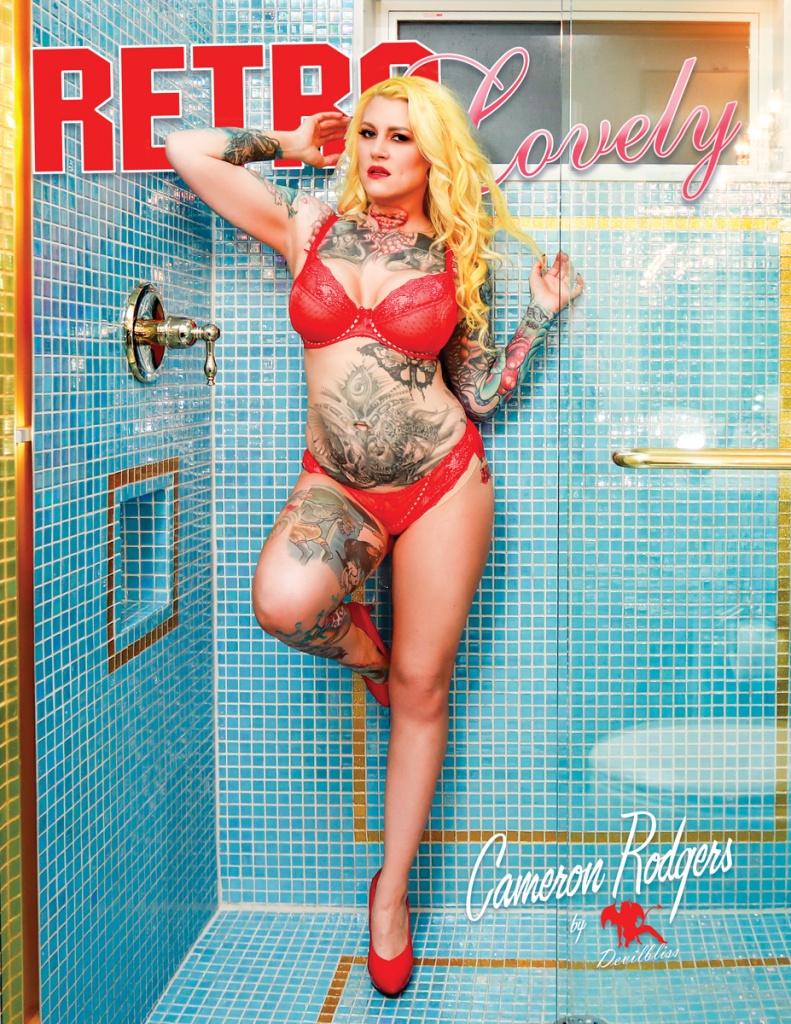