Somewhere in the middle of last year the resident stylist here Nicole asked me about doing a session with her sister-in-law Kate. What they wanted to do was something along the lines of an image that was in the style of the famed Art Nouveau painter Alphonse Mucha. 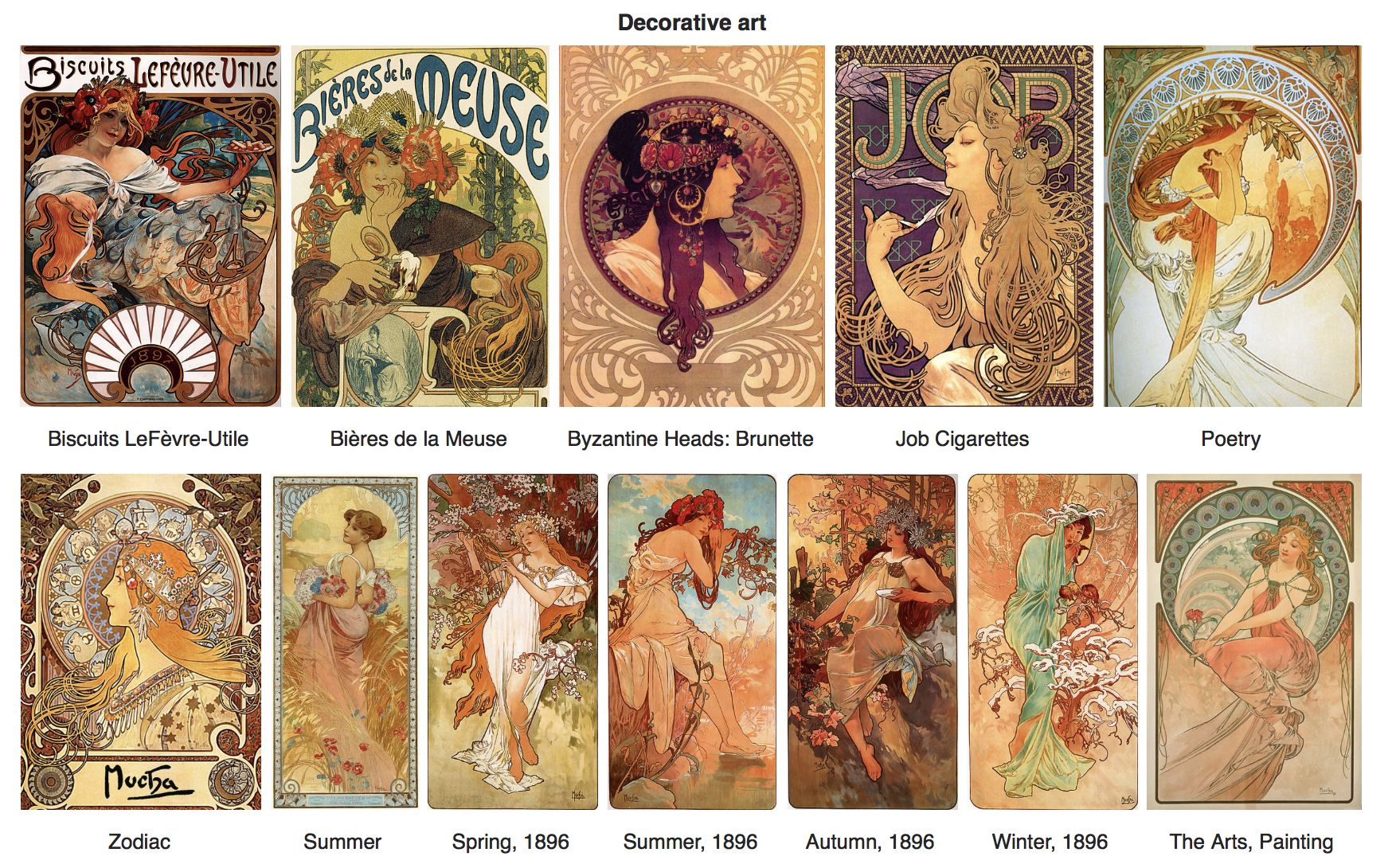 His work was not just synonymous with the genre but can be argued it was the greatest influence of it. It permeated advertising and intermingled with all the other arts. Even for those who don’t know the name, they know the work.

For the shoot we settled on a series called the four seasons as our starting point. We zeroed in on the first panel and began planning. 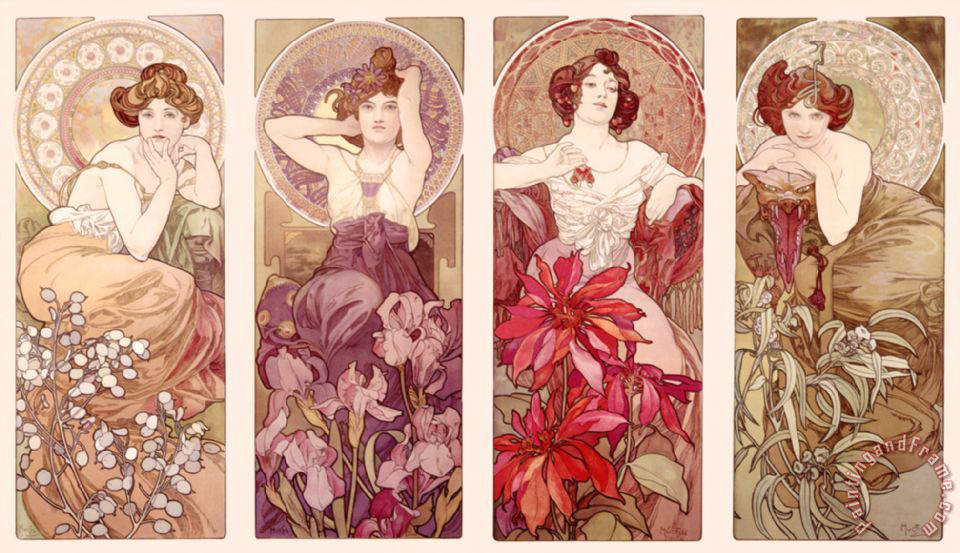 We wanted the images to actually be as if painted as well as have more than one option. Building multiple sets wouldn’t be practical so these would be digitally executed. This meant there would be more work after the photography session, much more as it turns out.

We all finally got together in the first week of December. Nicole had prepared some ornately styled wigs for Kate to wear and they began work on her makeup. I began staging the minimal set which was on neutral gray paper. I added a few elements to assist in the images but would later find they never made it into the frame.  Here’s Kate and the actual raw photo that would eventually become her image. 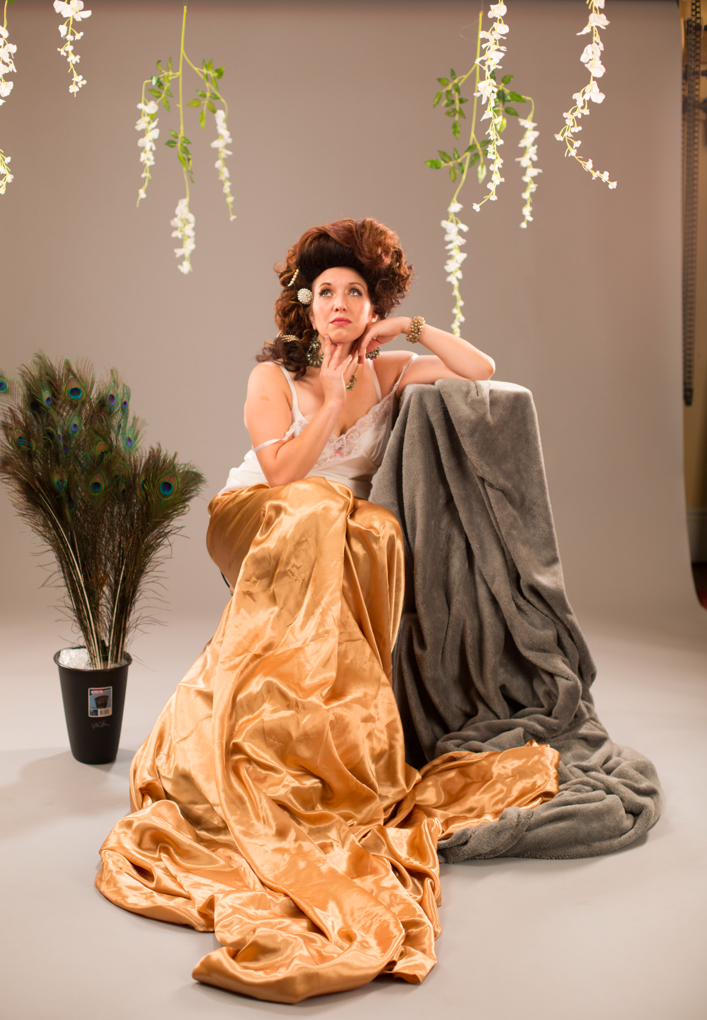 This is where we ended up:

This is quite a departure from what we normally do.  To illustrate it with more detail here’s Kate’s lovely face from the initial photo through the final image. 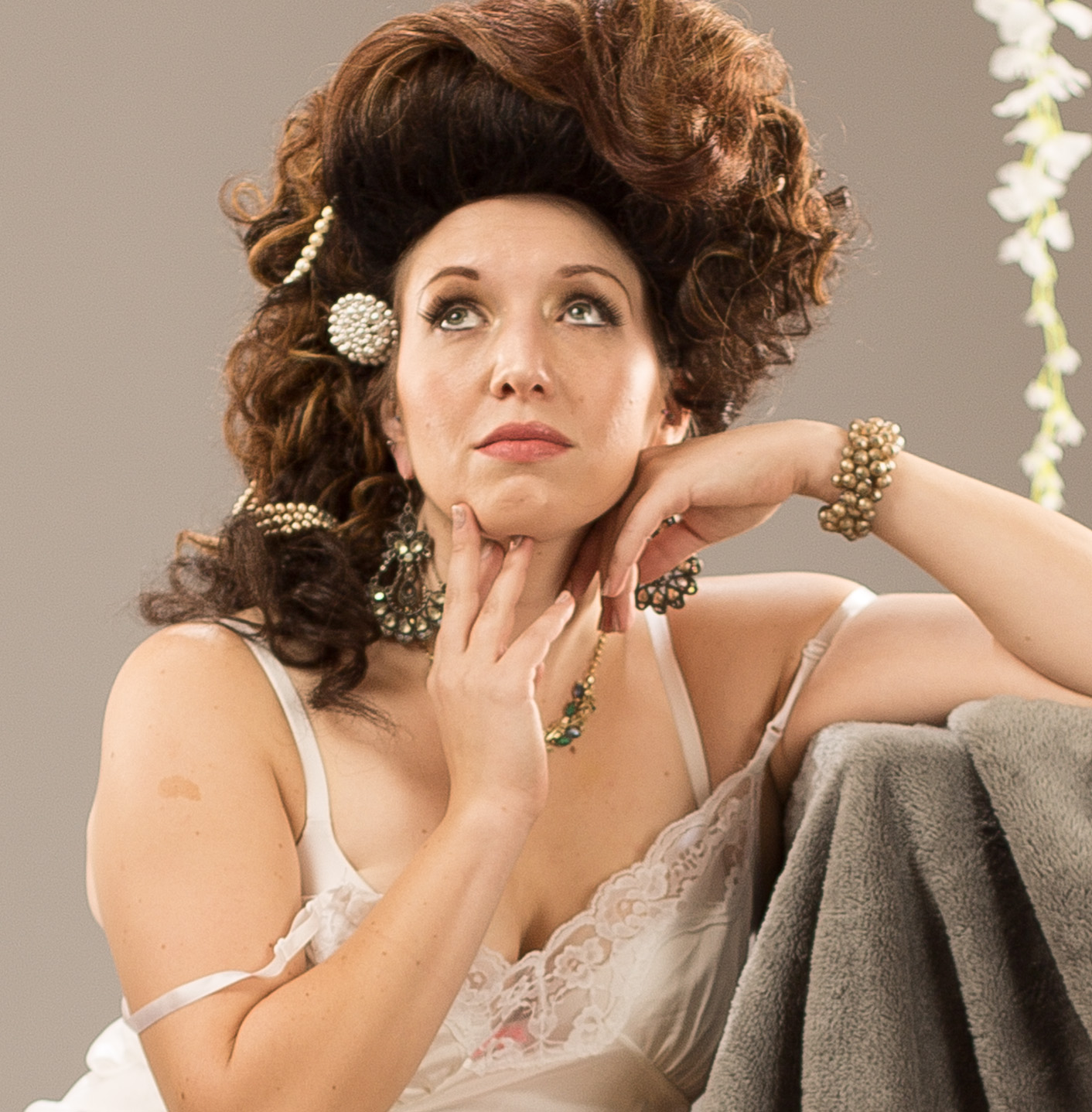 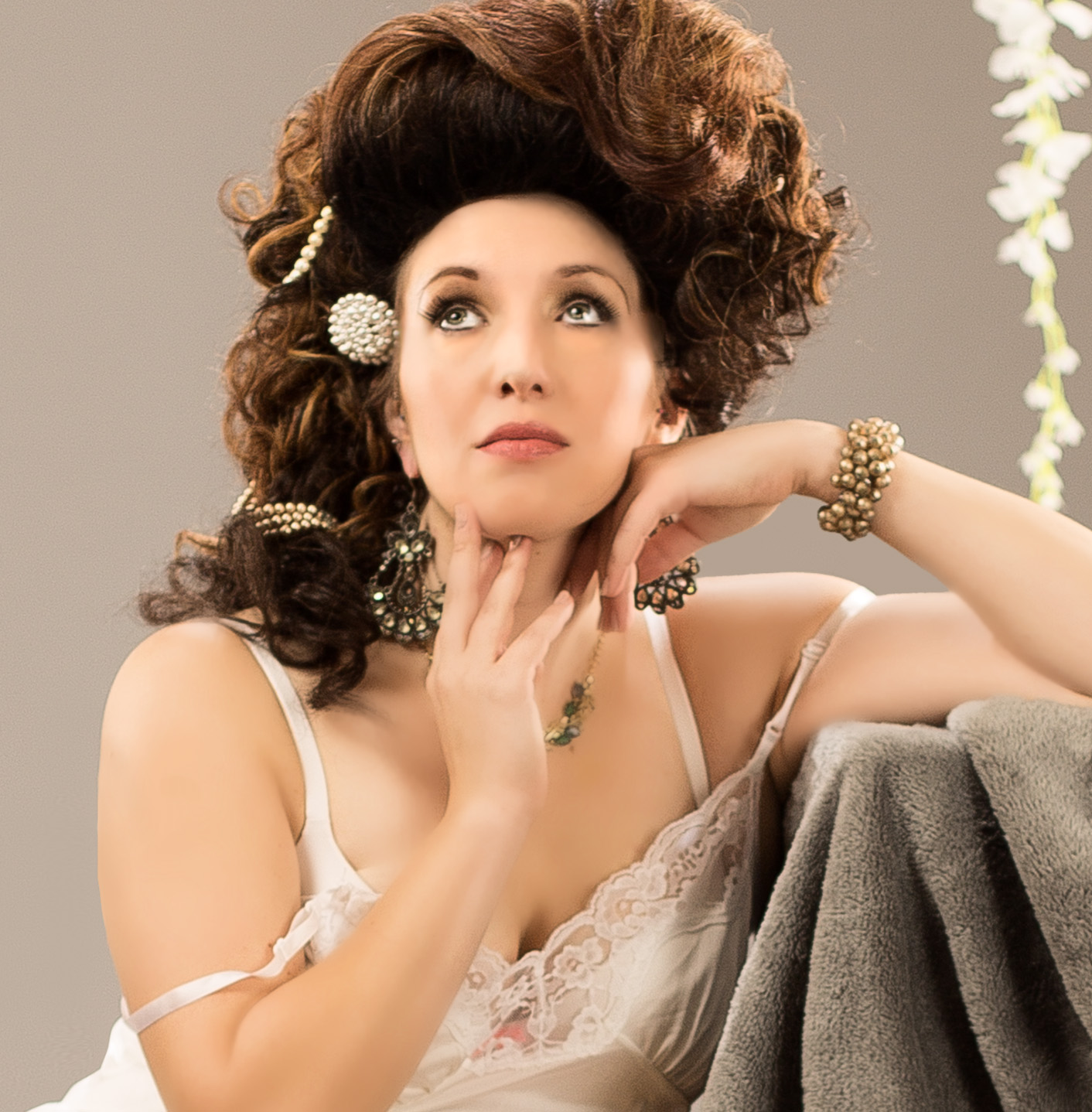 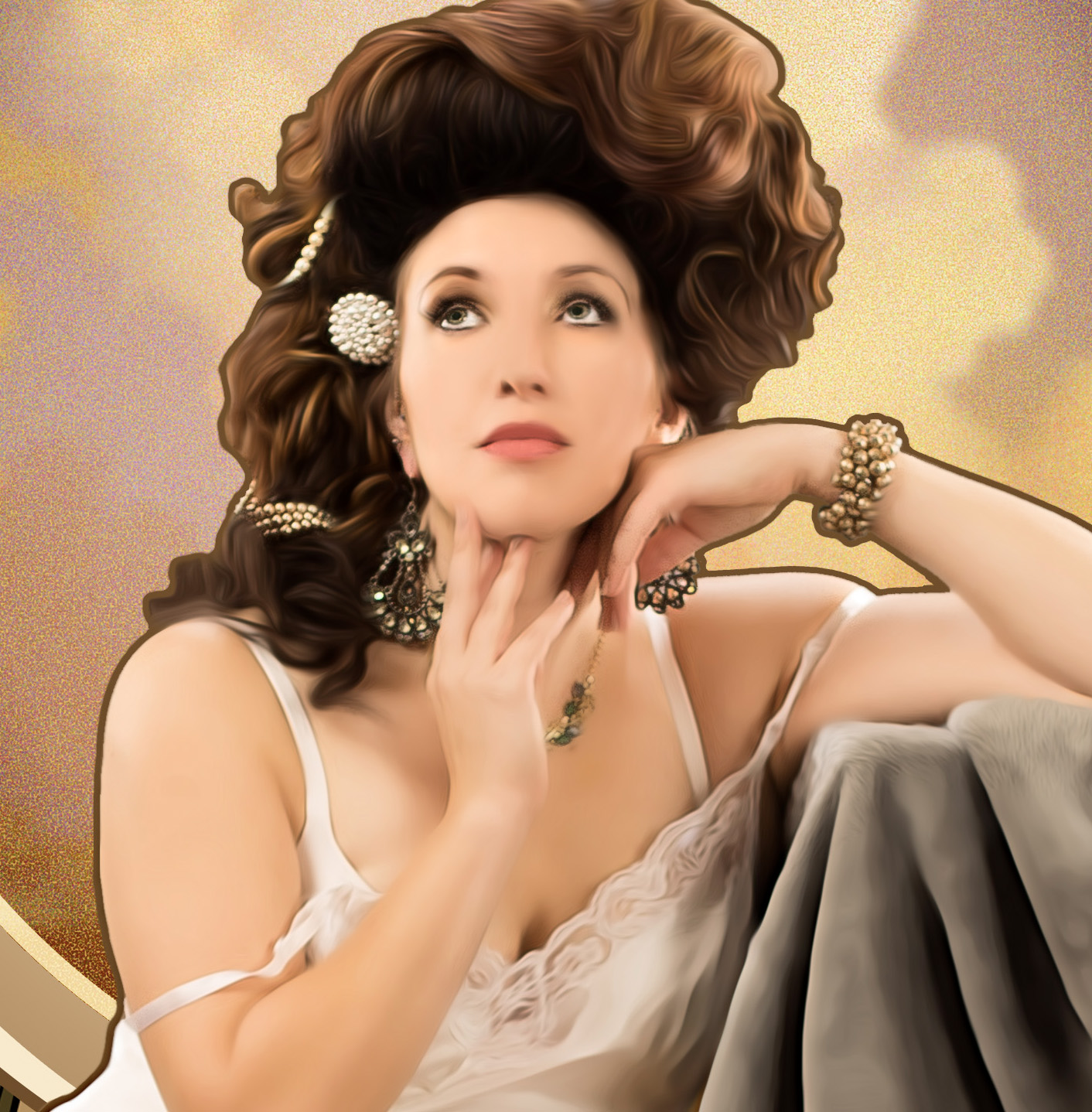 The process took me through normal processing and enhancement through literally painting on the image (digitally of course) Notice the hair change and the border around Kate. This is something that struck me with so many of Mucha’s works, key elements are outlined. Needless to say this takes some time. In fact the entire timeline on one of these ends up being about 8 hours. For the background art I created the leaves from scratch.

Other elements were from stock art which I licensed (paid for their use). Some will take things of the internet to use. For these images I feel many people will want to have fine art prints made to hang and the thing about web images is this, they are small, blown up they do not have the detail suitable for a large print. Below is art that became part of the background. This was through iStock. Did you know I personally create and sell stock photography with a number of online companies? 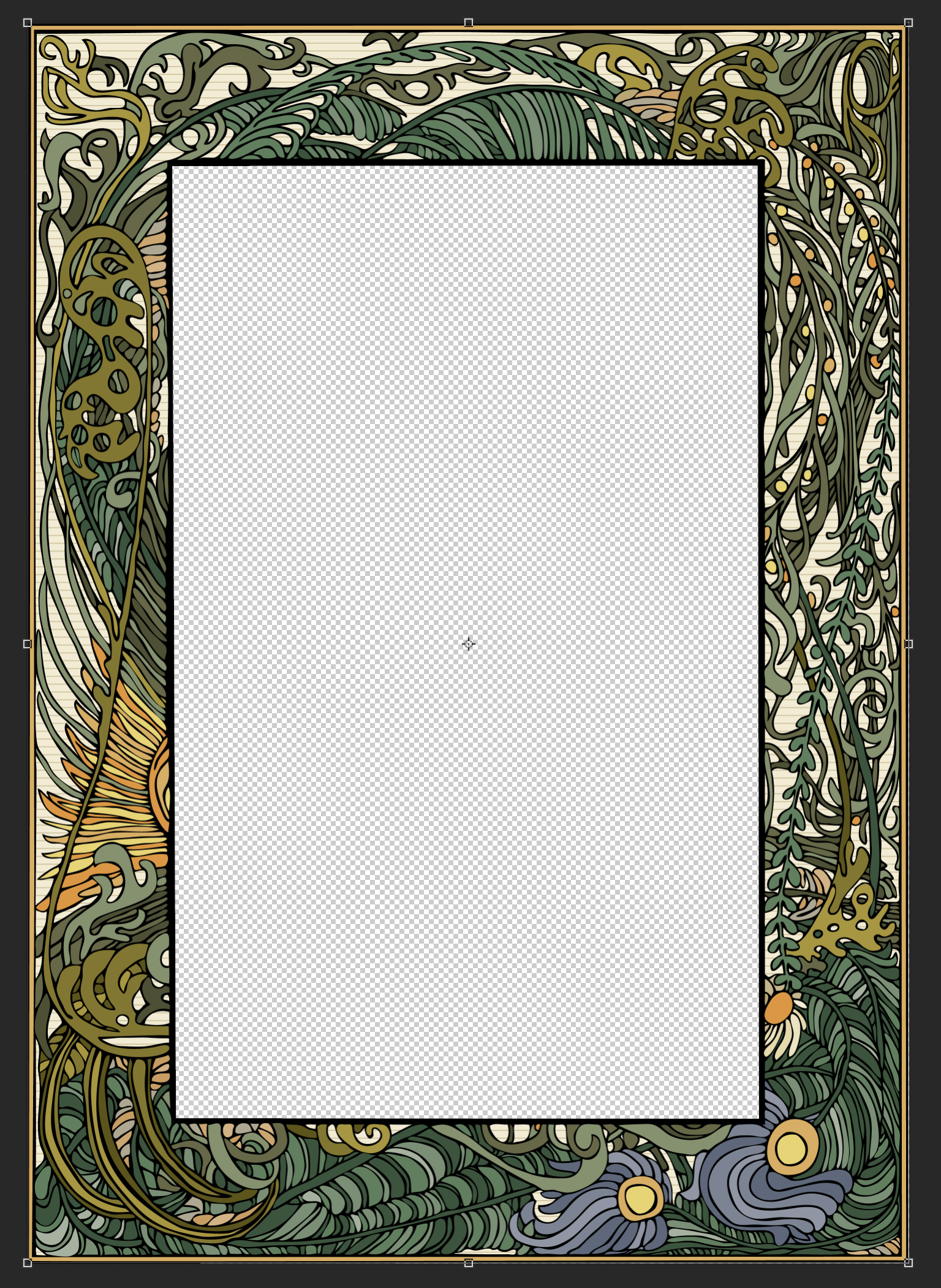 We recently had another session with this theme and here I have more examples of what goes into one. This is Jenny Jayne. The animation below show some initial editing to coax some details.

As I got ready to begin formatting the art I realized I would need more fabric for below Jenny’s feet. I also had the flowers to consider and actually ran down to the florist that’s next door for some advise on what specifically those flowers in the art might be. While we didn’t have a concrete consensus on what they actually were, the florist offered me some poinsettias they had left over from the holidays which I brought back to the studio to shoot as component art. Later once the flowers were added I would distort the petals to alter their appearance. In time much of the components would be painted on to further the “art” appearance. 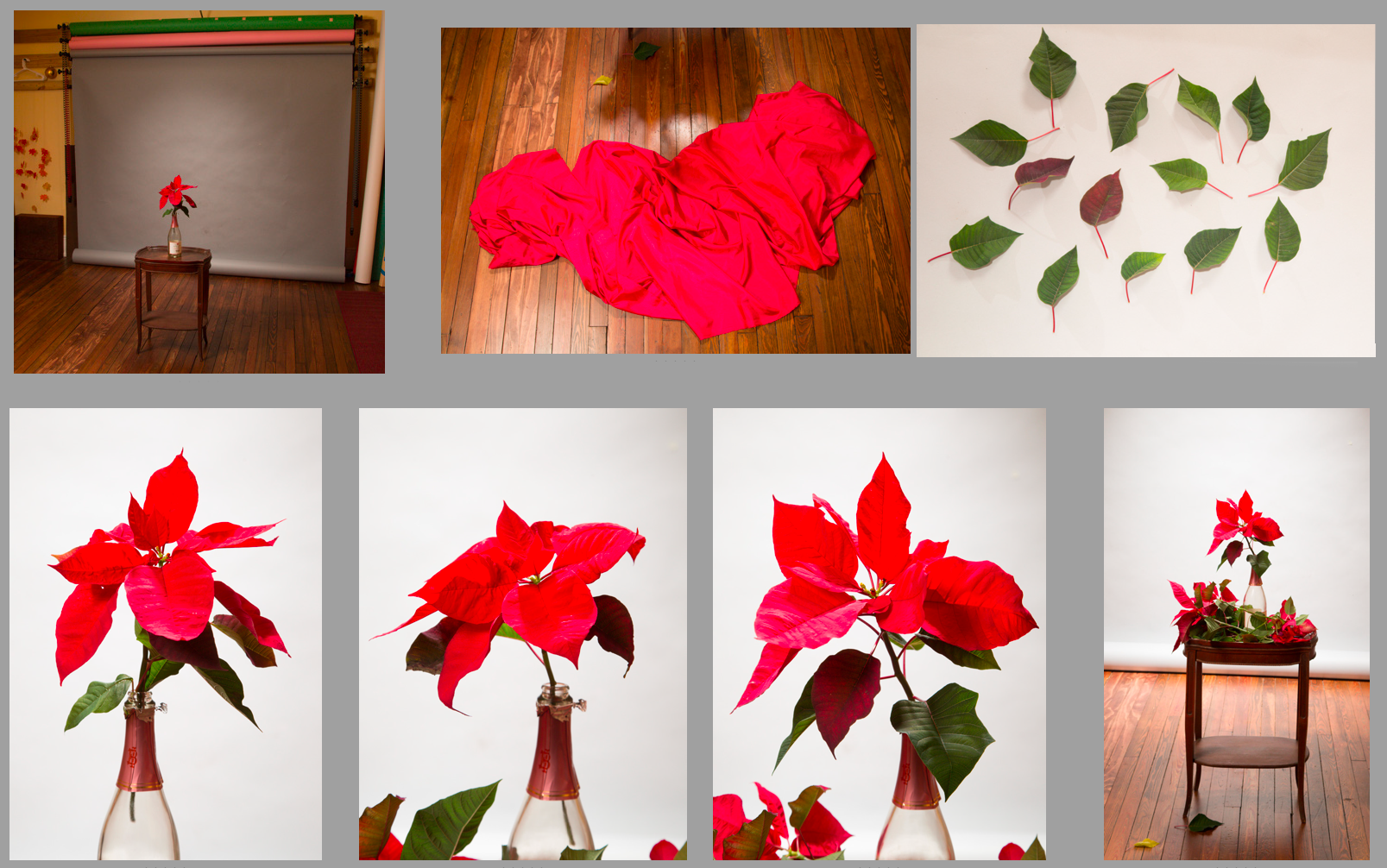 Below you can see some of the progression and the various elements I experimented with.

When I had several variations and treatments I presented them to Jenny for her to choose her favorite.

We are now offering these sessions to our clients. These are incredibly different than anything else we’ve ever offered. For those who’ve shot with us the process is about 2 hours in the studio with an hour of Makeup and Hair by Nicole of Making Faces Professional followed by a one hour shoot with me. Clients leave with an SD card with hundreds and hundreds of images (600-800 on average). Many go home and find something they love and share it immediately.

These sessions will actually only entail about a half hour in makeup and hair as a pre-styled wig is utilized. The shoot portion will also be able to be done in under a half hour. Clients will only take home a few dozen images with which they will then choose their favorite to be transformed.

While the session itself is  quick by our normal shoot standards significantly more time is spent afterwards creating the finished art.

But by many pinup and boudoir studio standards, the pricing for this  session is actually comparable to a basic shoot. You can choose 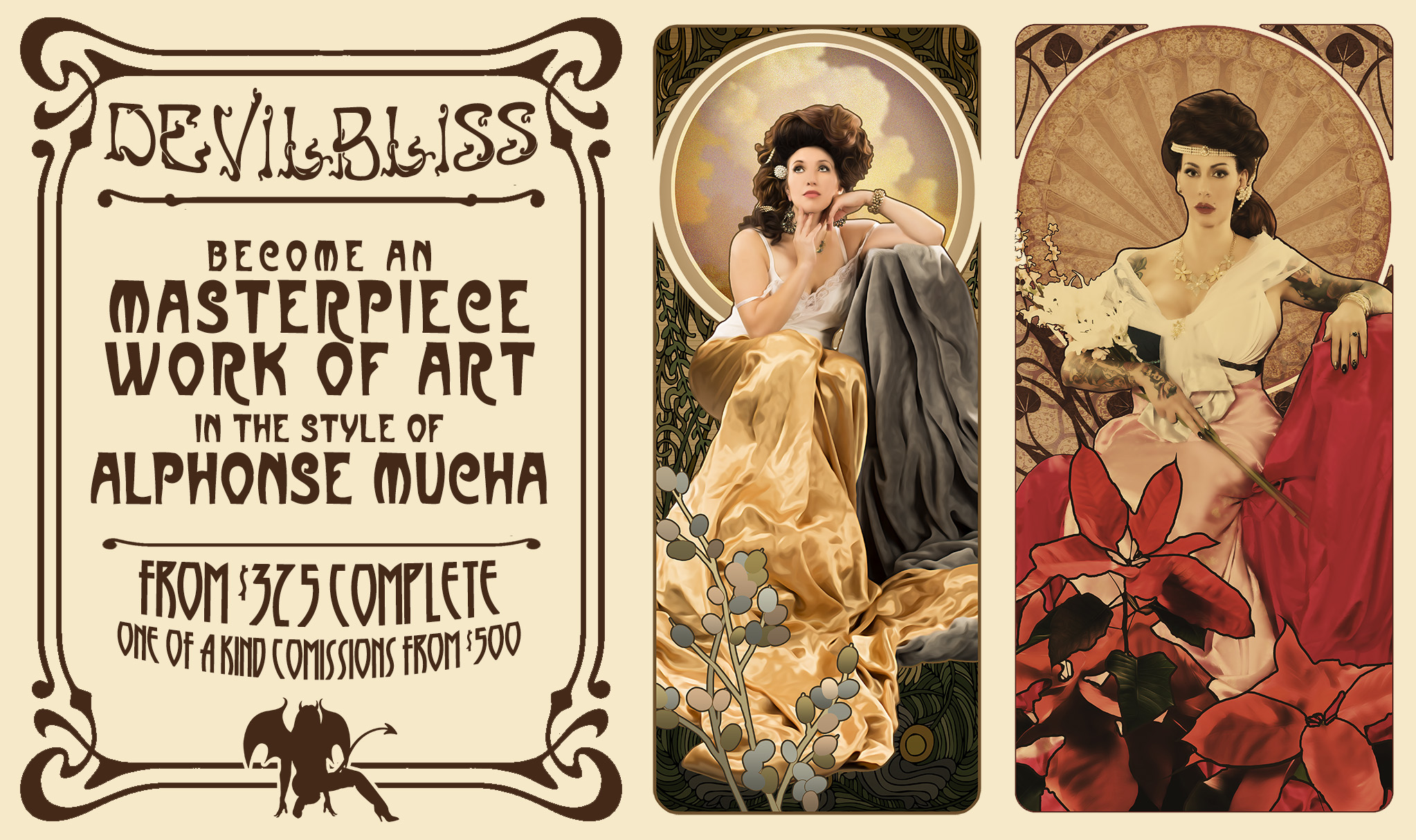 either theme shown here (your face and body in these “settings”), get your styling and session and a finished artwork for $325 plus tax.  Additionally there is an option for a one of a kind work where every single element is created just for you and will not be repeated for anyone else at $500.

Are you ready to be transformed into a work of art?

Contact us via FB to start your session planning.