For quite some time, I have provided everyone I shoot, every single photo I take. All of them. The ones that are amazing, right next to the ones that aren’t. You get the blinks, you get the ones where i was testing lights or changing something with the exposure. Many studios do not do this. They choose what they share with you. They choose what photos they edit for you. I wish I knew how they can do it, not pick and edit for you, I’ll choose too if you want me too, no trouble. But what I mean is, I don’t know how they can predict what you’d love most from your session.  Time and time again I am shown how differently people see themselves compared to how I do. This past weekend this was confirmed again. We did a number of sessions at this amazing location near Reading PA and one of the models we worked with reviewed her photos and got me her edit selections right away . A shot she chose as one of her favorites was actually one that was a mistake on my part. Now don’t get me wrong, I actually LOVE this photo too, but I know I would not have selected it as an edit for her.  The photo was taken near the end of a train car with a wonderfully ornate wheel. It was just after noon, bright, but I wanted something very moody and dark to match the makeup and hair that Carmen asked Nicole to do for her. Here’s another shot of pretty much how it looked just then: 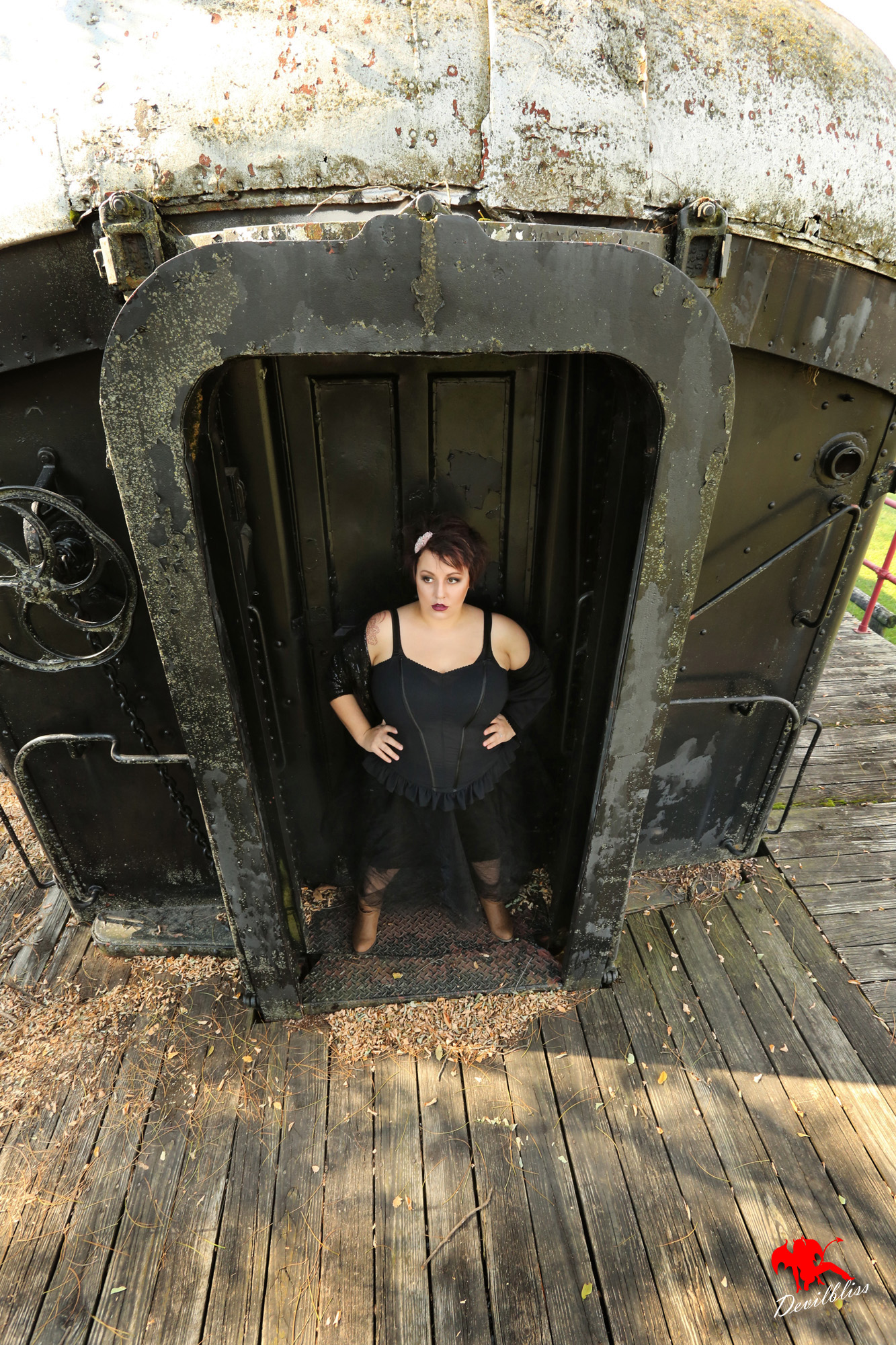 But after this we wanted to work near that wheel. We got into a position and I worked with her on the pose a bit. I moved some lights and began adjusting them. To make the scene seem dark I needed to overpower the sun. I then began to compose the shot and fired a test. Upon a quick review the screen showed me that I apparently ended up standing directly in front of one of the lights casting a shadow across the side of her face. I showed this to Carmen and though it wasn’t as planned she was excited about it as was I. (Click for a larger version)

This became one of the photos she selected as a favorite. Unplanned, not one I’d have chosen, one many studios would not have shared with their clients. It is why I will always share every photo with everyone I shoot. How many favorites are kept from people by studios who presume to know what their customers would love most? Isn’t the customer the one who’s right?

This isn’t the first time I’ve had proof of this. Some time ago I shot Nicole Zedonek of Making Faces Pro in the mid-century room of the old studio. The overall look was a classic ambient style. If you see this photo you may think she’s simply in a room with some lights on.

In reality there were several studio stones strategically placed to yield this look. During the shoot there was one image where the lights did not trigger properly and all that was captured was by way of the lights that were turned on in the set. The lamp to the right and some small accent floods from the ceiling that were mainly aimed at the shadow box on the wall. This is what resulted:

Late upon review it proved to be a favorite of Nicole’s. She went on to share the image and it became one of the most popular she’d ever had.  Do I love it? Absolutely, but again I would probably gravitate towards images where the subject is clearly visible as in the first image. Me trying to predict what a client would most want. Would they be unhappy with my selections? Hard to say. I do know I have had people tell me they’ve gotten edits from studios where they did not like how they looked. Not to say it was a bad photo, or a bad edit, but the client wasn’t happy about something in their pose, their angle, the look.

Bottom line, I’ll choose and edit photos for you if you want me to, just like every other studio. But you also get to see them all and choose for yourself, like so very few studios permit you to.