The following is a brain dump of the highest order. If you have no attention span this is not for you. 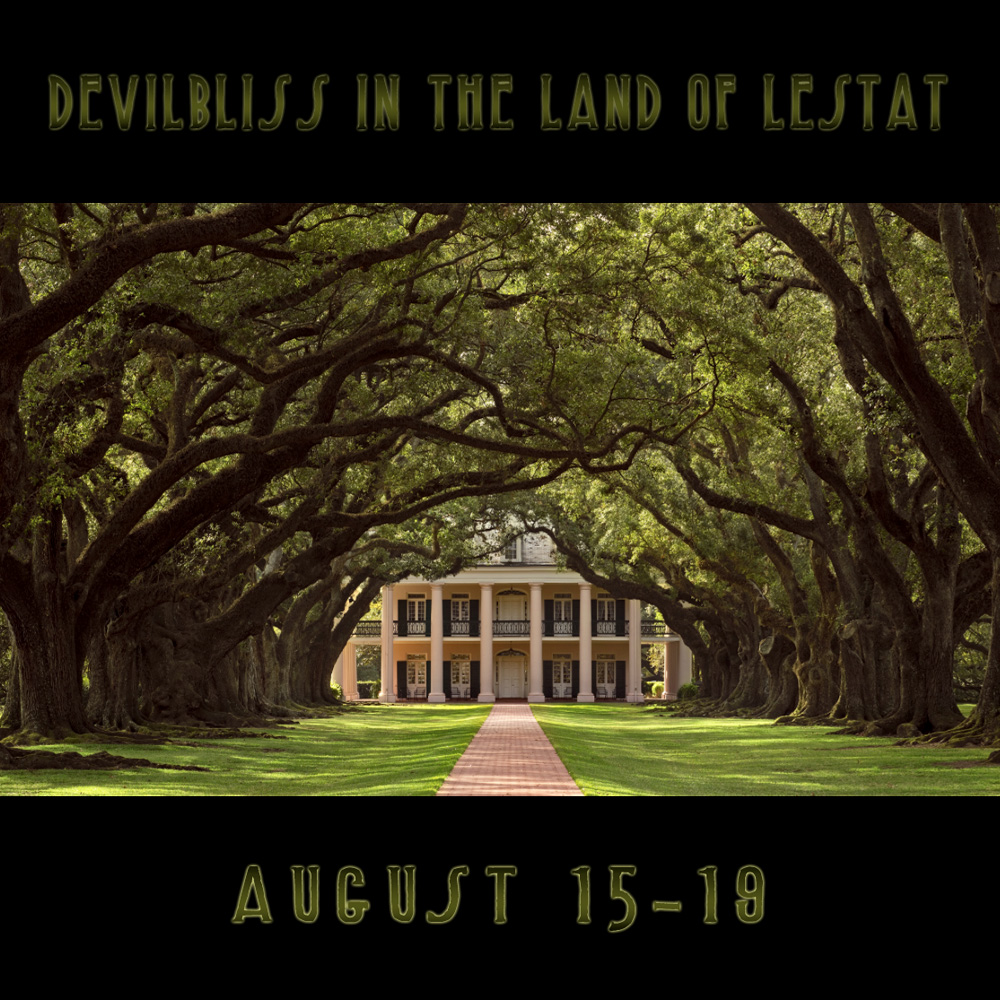 All of my life I have been drawn to cemeteries. It’s not about death though. For me it’s always been something about their appearance. The statuary, the architecture. And I don’t consider this morbid at all but I’ve always found myself wondering about the people, their lives, their loves, the world they lived in. I’d see the dates and read the names and imagine who they were. Before I focused my photography on people it was old buildings, cemeteries. I actually had 2 posters that sold online via various poster companies called The Doors of Eternity, made up of vault doors from cemeteries in New York and Philadelphia. 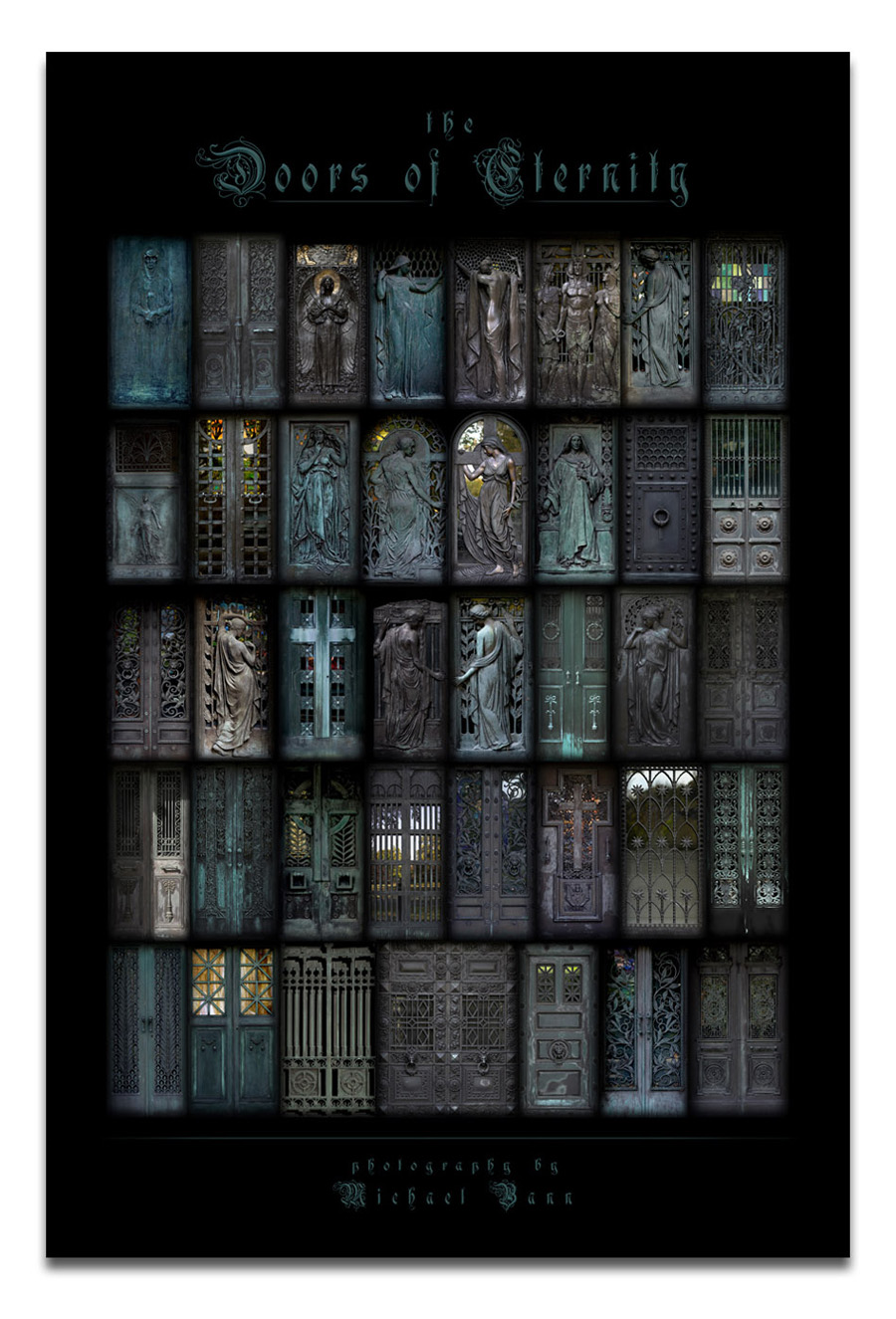 Somewhere in the  early 90’s I had seen a television program, I forget what it was about specifically but there was a moment where it was talking about and showing cemeteries in New Orleans. I’ll be honest, up until that point, that city was not a place on my mind. That changed with that program. A few months later I was in Washington DC with friends and made them let me visit some cemeteries there for photos and I happened to mention New Orleans… My friend gasped about wanting to go there. An Anne Rice fan he was a devotee of Interview with a Vampire. This was before the movie was released. Hell before it was even slated to be a movie. So we all decided to drive to The Big Easy.

When it first came into sight there was something of an aura over it. I’m not a spiritual person but when we got into the city something came over me.  The air. The color of the light. The fragrances that were foreign to my northern nose. Now granted New Orleans also has some smells that rival any big city at being “unpleasant”. It’s also not an earthly paradise. I found decay and ruin mixed among the old world splendors. The city is not kind to all of its inhabitants. There was also the unusual, no strike that, the very unusual. It was unlike any place I had ever been before or since.

I fell in love.

Over the next decade I would visit again and again. So moved by it I actually wrote a song called NOLA, that my band Advent Sleep released on CD that ended up being something of a popular track in the goth clubs in the late 90’s. A New Orleans college station would actually play the track with some frequency. Once while visiting with my guitarist and sound man to shoot some video, we actually had the wild experience of going to a club to see a band who was friends with a local DJ of note (She often DJ’d Anne Rice’s Halloween Balls and was a big fan of the band, she claimed to spin my music at Anne’s Mansion in the Garden District though I was never invited so I have to take her word on that), anyway, while at this club the band at one point broke into another song of mine. Quite a thing to hear another artist playing your music in the city you love. Another trip there my guitar player and I ran into most of the band Marilyn Manson on the streets and handed Twiggy Ramirez a demo tape of ours.

This is just a portion of that song, for those of you who speak French,  please forgive the faux, French Gibberish I included in the lyrics.

Another strange connection for me came when a friend of mine urged me to get to a comic shop to obtain a specific Vertigo title. He told me “get to such and such a shop and buy The Girl Who Would Be Death”. He would not tell me anything more.  So within a few days I managed to get to a shop and seek out this book.  Getting one in my hands I noticed it was written by Caitlin Kiernan. 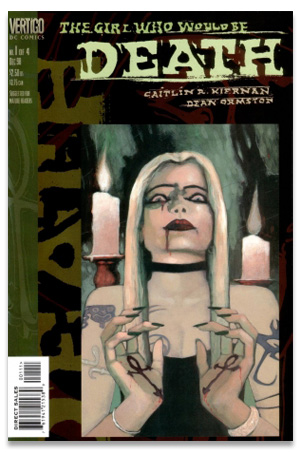 This struck me as she also reviewed my band’s CD (favorably) in a magazine some months before (this being before print on demand so it was an actual mass distributed magazine in the traditional sense) . AHA, This I thought, was why he urged me to buy this… I then began to flip through it. Immediately the art on the first pages showed me my beloved city… New Orleans. This too I thought was a reason my friend suggested I need this. Then about the 3rd or 4th page I saw some panels showing St. Louis Cathedral towering over Jackson Square. Then a close up of the cathedral. Then my eyes dropped to art of a street scene. Punks along a seedy brick walled alley and to the right a poster….. It was for two bands… it read “The Changelings with Advent Sleep, March 23rd”. It was a surreal moment for me. I’m holding a comic of a major imprint (Vertigo is a “hip” brand of DC Comics, yeah DC Comics). A comic, set in my city with art that included my band. Incidentally, March 23rd is my birthday, not something Caitlin would have known, cue the creepy theremin music.  It’s still oddly one of my favorite things ever. Caitlin was a fan, she’d heard my song NOLA and when she worked on this graphic novel had the artist include this. You can click on this to see it larger: 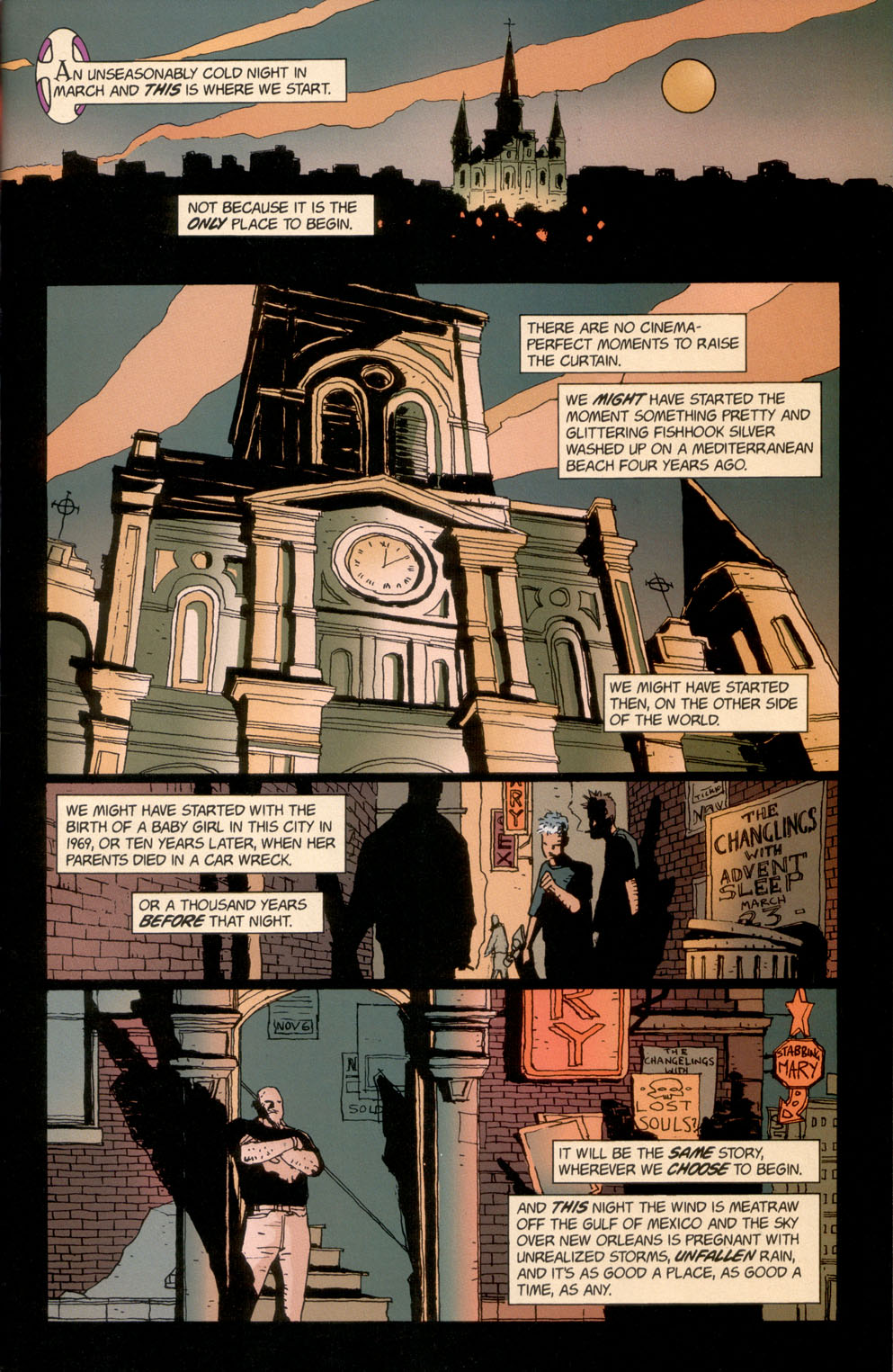 Near the time my activity with my band waned I met someone who I would eventually marry. We would honeymoon in New Orleans.  While she and I got divorced I am still married to the crescent city. I’ve gone another two times since then but in recent years I’ve had a bit of a lapse. It’s been too long and a few weeks ago I decided this must change. So I return in August.

Now since this is a website for my photography work, some of you reading this might be wondering why such a personal thing might be posted here. While planning this trip I invited someone to join me. Someone who has been quite busy with life and the last few times we’ve been able to chat about what we are each up to I’ve heard things that told me she needed something of a vacation as well.  So I asked my good friend Claire Marie if she’d like to tag along. Last year she was among a group of us who shared a room in Nashville during an event and was in the car on that 12 hour trip back. We’ve worked together many times in a number of capacities and when the timing is right, she’s also my barber. My notion is we can spend an extended period of time together for something like this and remain good friends. As a model I’ve shot Claire many times. She’s worked with many photographers, been published countless times and has been featured on the cover of more magazines than I probably know about. So this would give us both a chance to work together in one of the most picturesque places in the country. As a makeup and hair artist she’s also done an impressive amount of work with a number of photographers and is well regarded in this capacity as well. So though this is a vacation, I suggested to Claire we consider offering a very select number of sessions while we were in New Orleans.  She agreed and I began searching for the perfect places to shoot.  While scouring websites for lodging I was not finding quite what I was looking for, be that large national chains or even the various B&B’s until I came upon one that had the word “Castle” in the title. Below are some images of what will be my 2000 square feet studio away from home. It isn’t classic Antebellum styling but it is quite remarkable all the same. The location is terrific and, well just look: 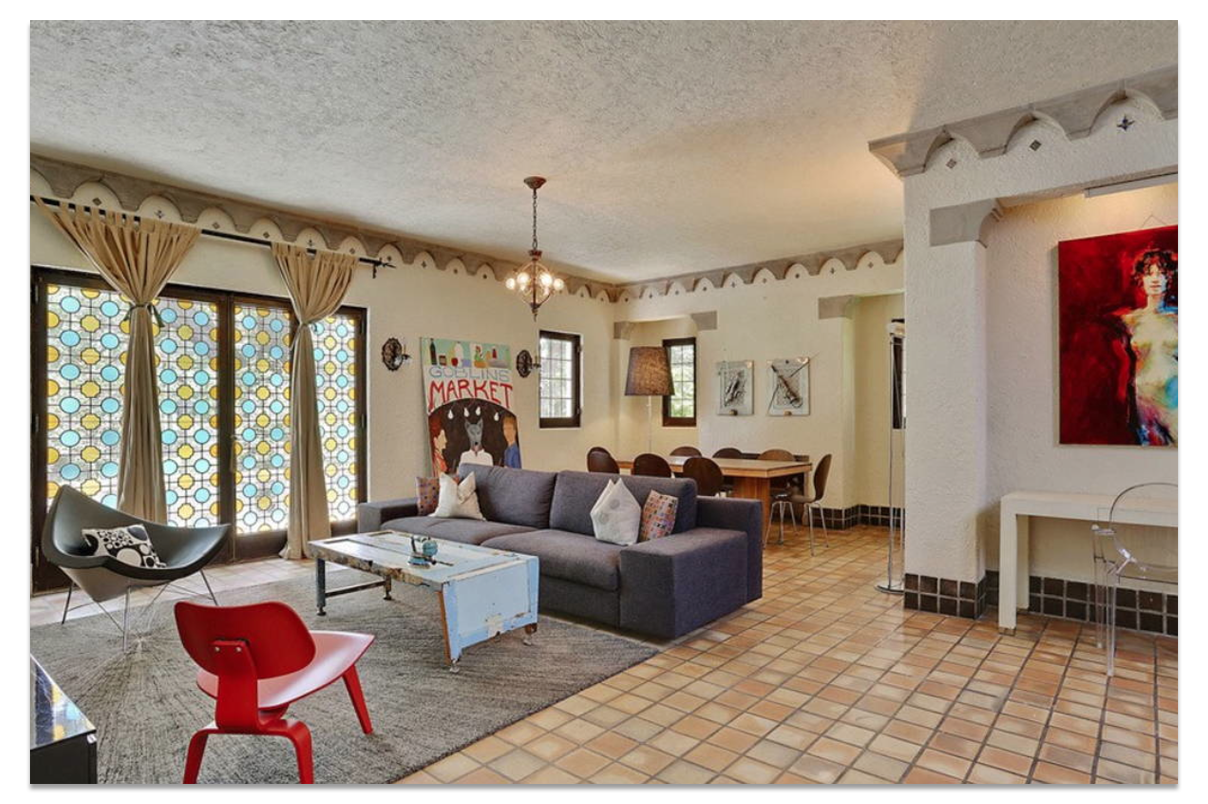 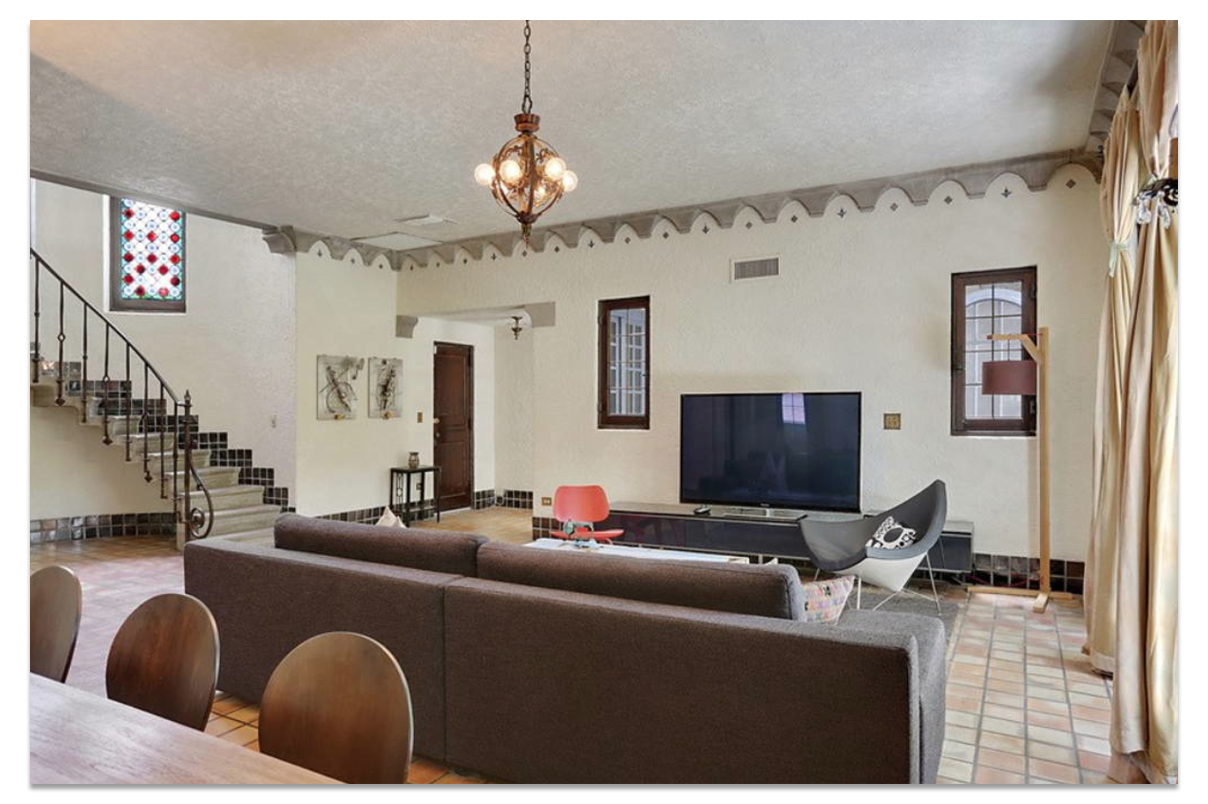 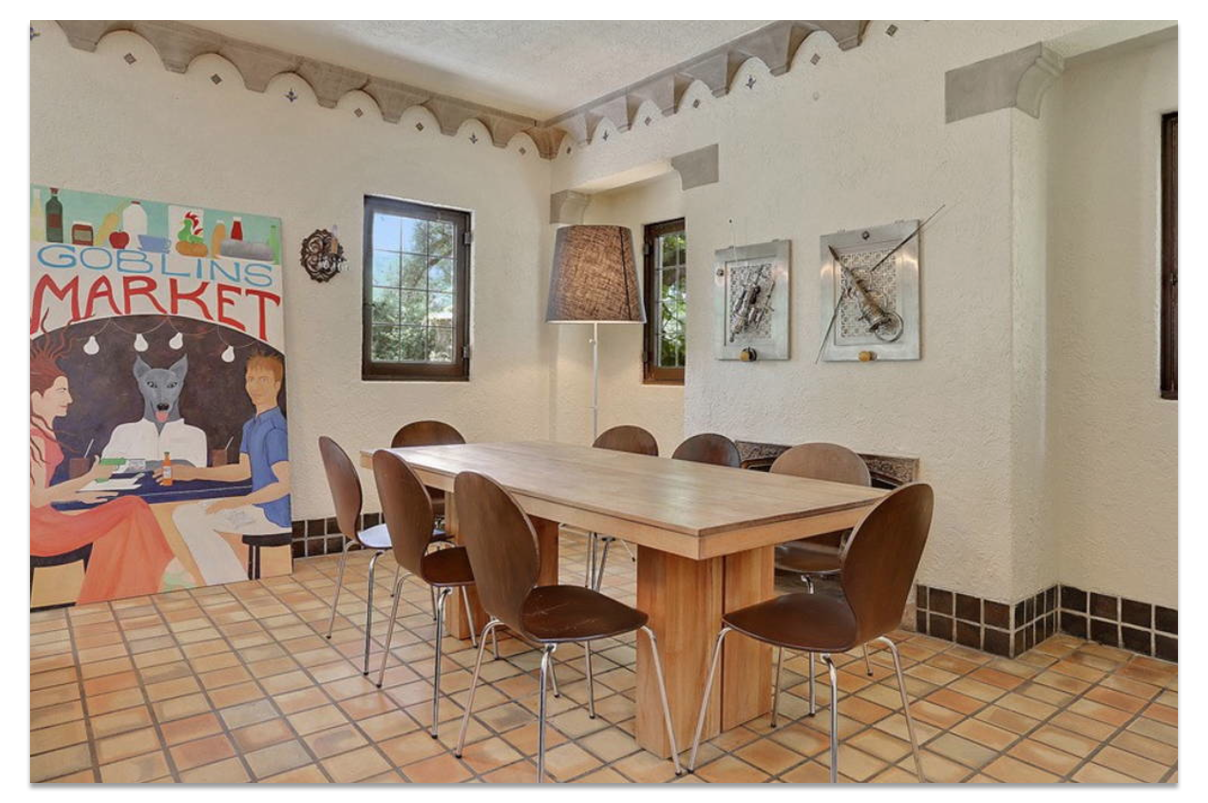 I’m obsessing a bit over this staircase… 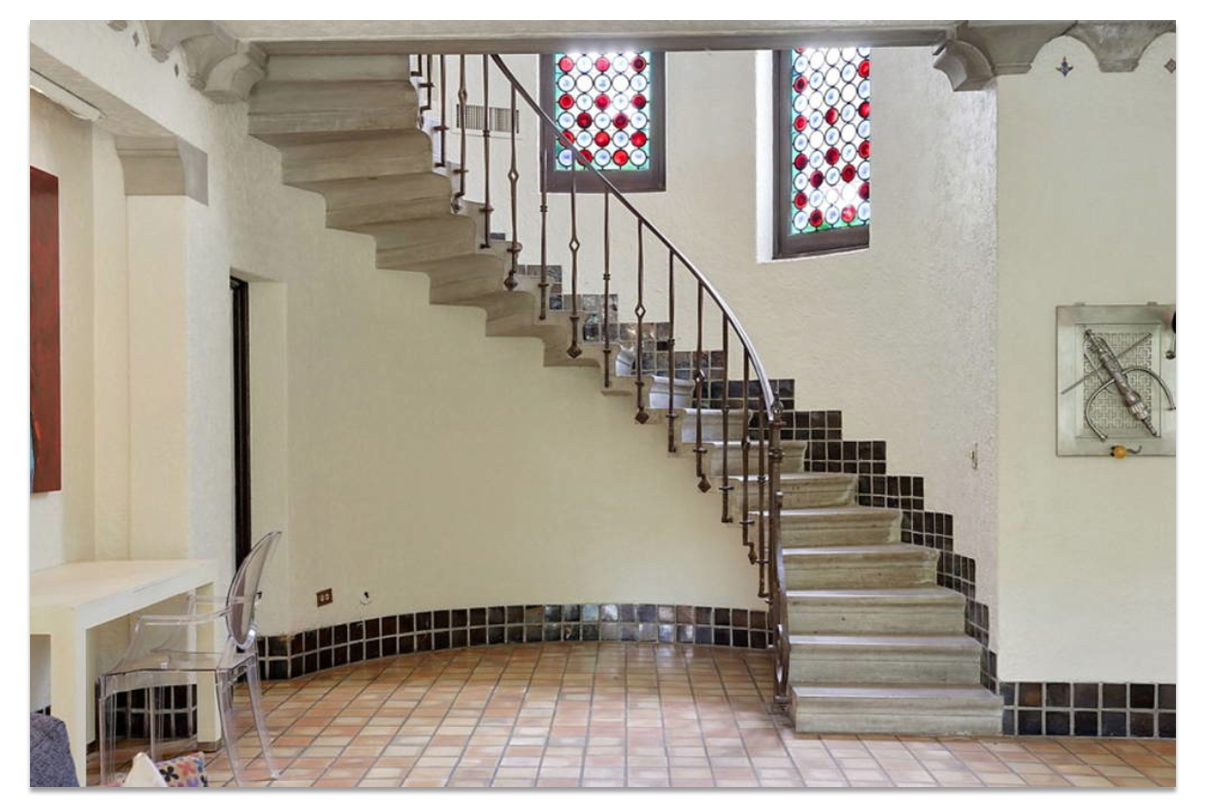 And all the leaded glass…

Did I mention leaded glass? 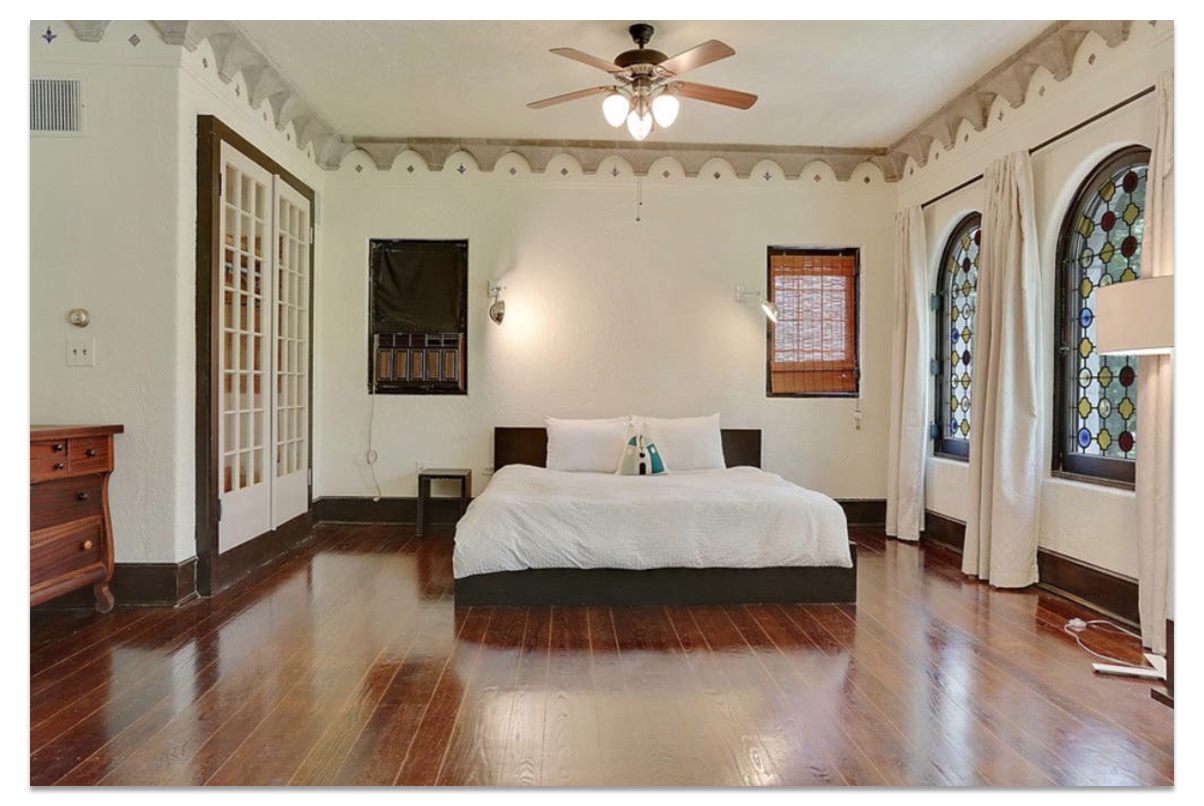 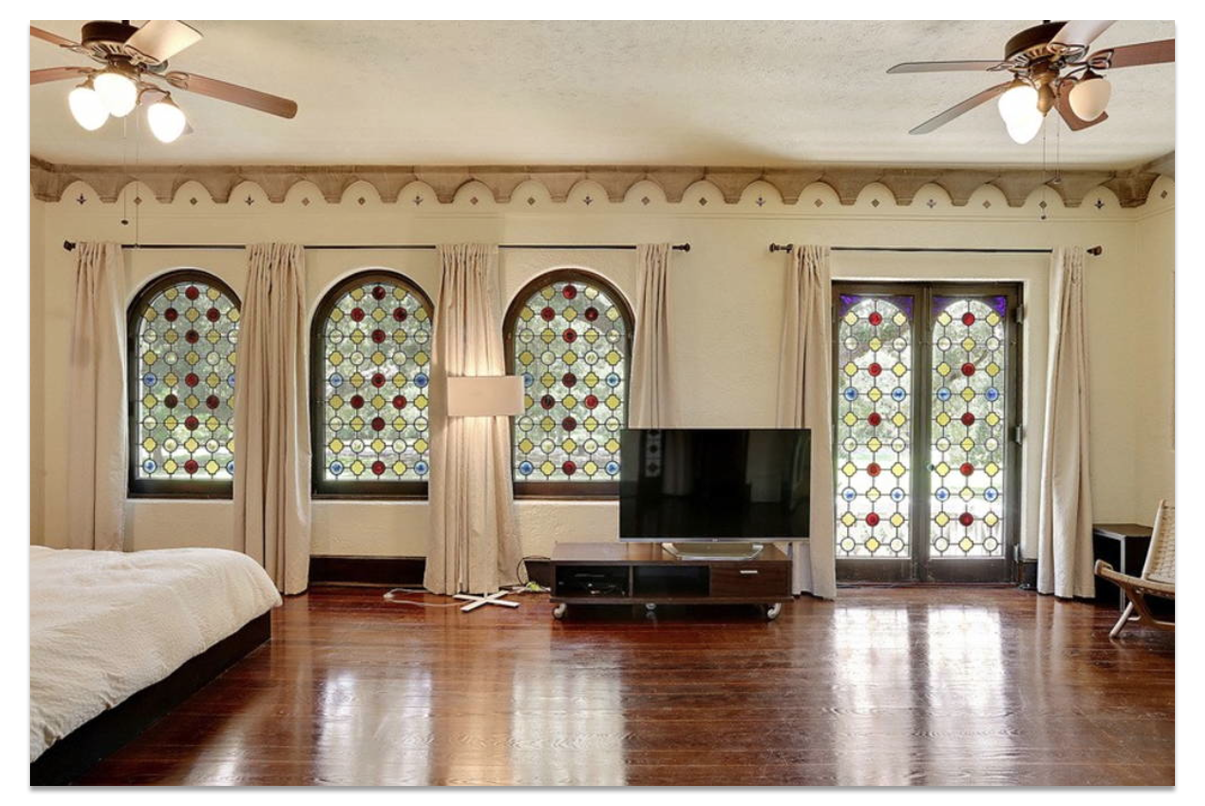 And this bed with windows on three sides is a boudoir coup d’etat: 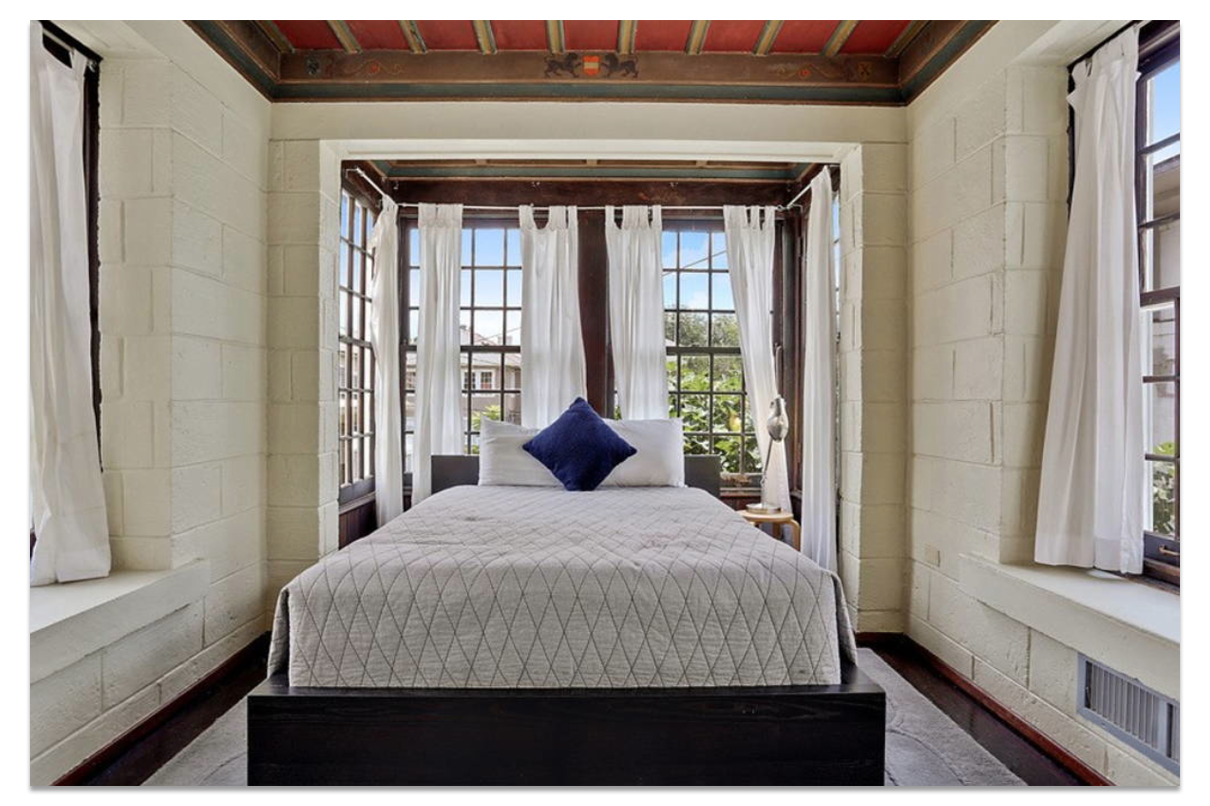 The bathroom has some great possibilities as well: 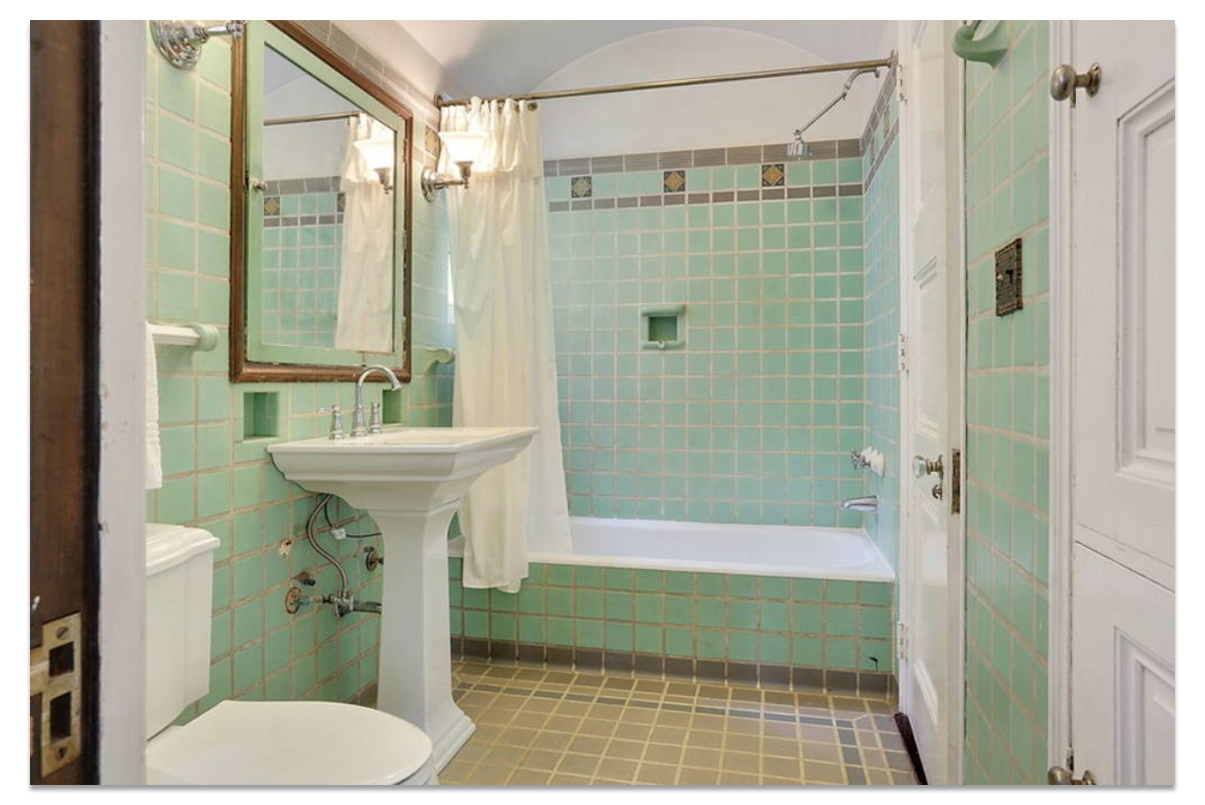 For a city that has it’s own cuisine that surpasses that of entire nations and more amazing restaurants than there is plastic debris in the oceans, a kitchen seems insulting but there is a kitchen as well: 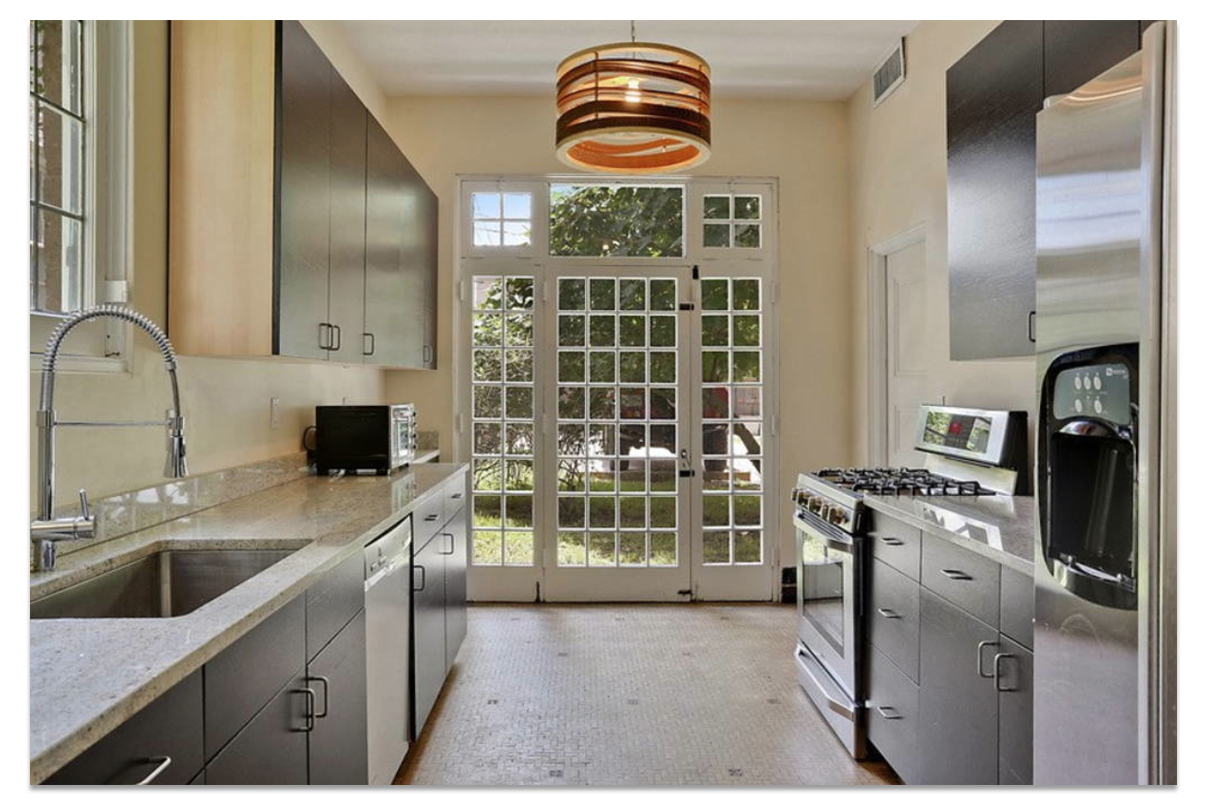 Can’t resist the thought of shooting here?
Join us. click this link for shoot specific information.