This past weekend I experienced something I have many times before. It is what has guided how I do things with our sessions.

I had the great privilege to shoot a young lady I have known for a few months now. JoJo attended several of the events we sponsor through the studio and when she saw our Arabian Nights theme she just had to book her first session. Not just with us. Her first session period. That’s quite an honor. She was visiting the area for Pinup Prom 2016 and asked if she could shoot this theme the next day. The studio was buzzing that day as we had a friend of ours, Ryan Armbrust from Boudoir Louisville, visiting and working in a few of our spaces. JoJo had her guy along and by the time she was finished with makeup and hair we were ready to shoot. Nervous, she asked her guy to stay behind in one of our waiting areas. Sensing some first shoot anxiety I asked JoJo if she’d like a lady friend of ours, Melanie Marx to join us in support. Melanie ran a very well known and respected lingerie shop and herself had acted as a stylist for photoshoots in her shop. Melanie was well versed in helping women look and feel their best through her attention to detail. Jo Jo agreed and away we went.   I lost track of the time but several hundred photos later we had finished the session. 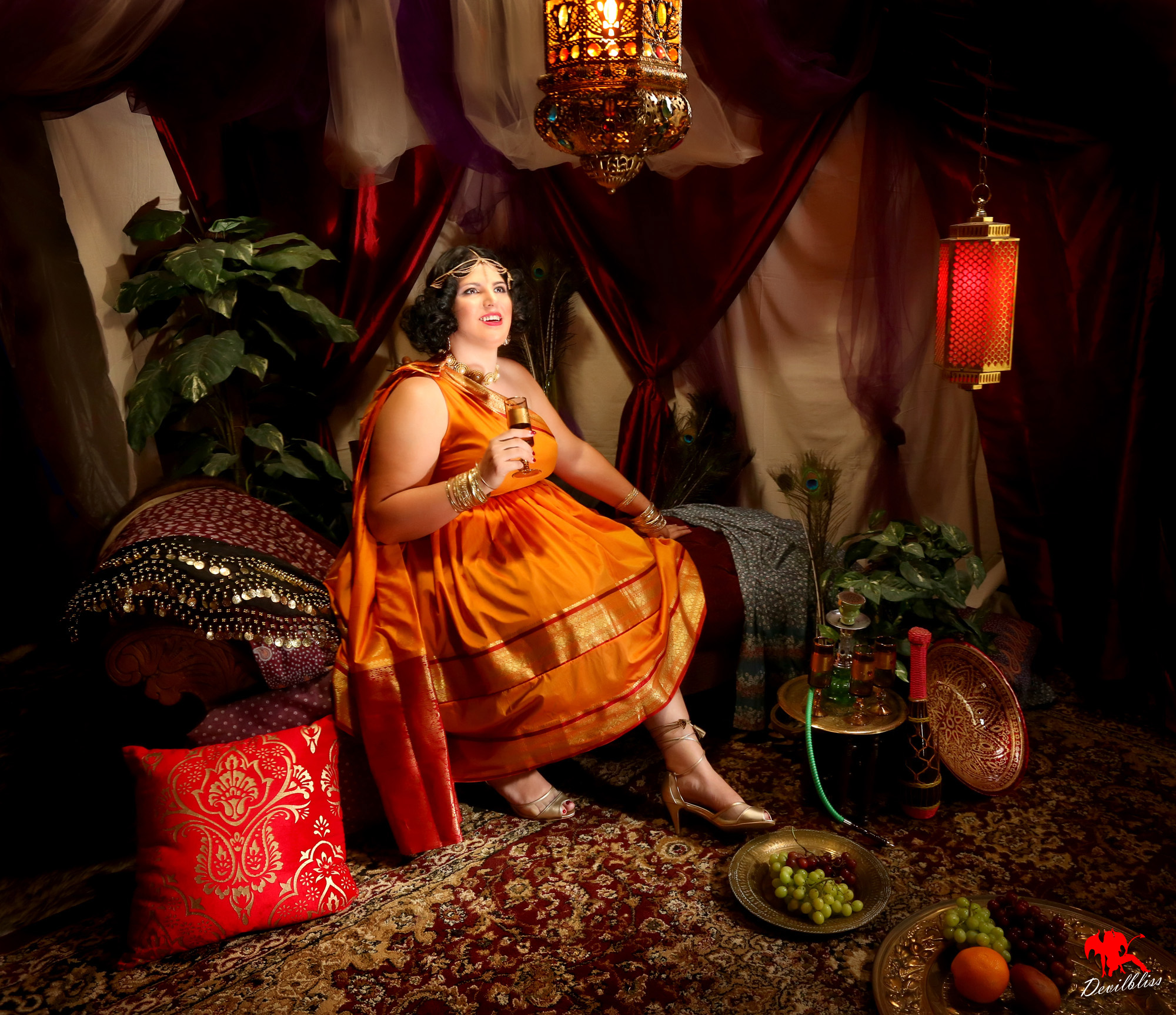 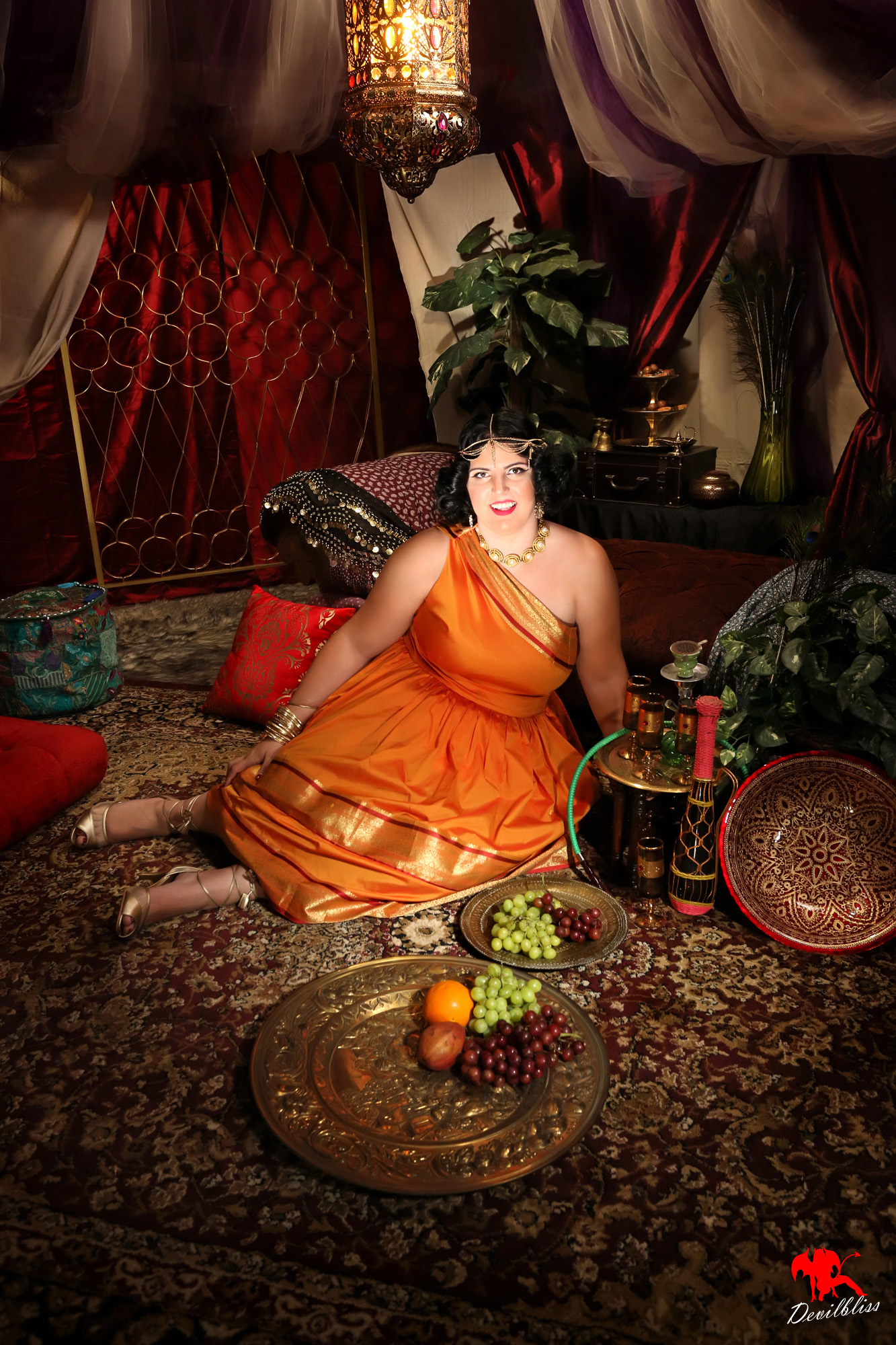 JoJo asked if we could review the photos right away, she was anxious to send one to her mother. As I had the time she, her boyfriend and I made our way to my editing area and began pouring over the hundreds of images. Now this is the part that fascinates me, three of us reviewed the images. Periodically we would encounter photos we all noticed and felt were excellent, but there were as many times where one of the three would really like an image where the other two did not. To the point where I would hear JoJo’s guy talk up what he liked about an image to have her rather firmly express that she didn’t.  With me, you the model has final say. With regards to what I edit for a model, it’s ultimately their choice. I like to think, and I’ve been told I have a great eye but there are many works of art, be it photography, music, paintings, sculpture, you name it, that I value as some of the finest examples there is, that other people consider worthless. It’s subjective. I can’t even begin to tell you how many songs I’ve ever heard and marvel that it’s even on the radio. But I won’t say it’s good or bad or not valid. It’s just not my cup of tea.  Now maybe if I were psychic I could choose a model’s images for them and know they would be their favorites. But I’m not. So I prefer to share with a client every single image I shoot so they can decide which ones are their favorites.

As we were sitting with JoJo we got to one photo that was the very first one where we had just changed the pose and position in the scene, this meant I had moved lighting to follow her, even more I had just done some shots with ambient light which totally changed how I was using the camera. During the process of returning things to what we needed I took some test shots. The very first one of these was significantly over exposed as a result. But when JoJo saw it she exclaimed about how she looked. She loved it. Loved her face and pose. I think she may have even used the word “favorite” to describe it. I immediately opened it to inspect more closely. I told them what was challenging about the file from technical standpoint but that I would work on it to try and get her an edit of it that she would be happy with and proud to share. 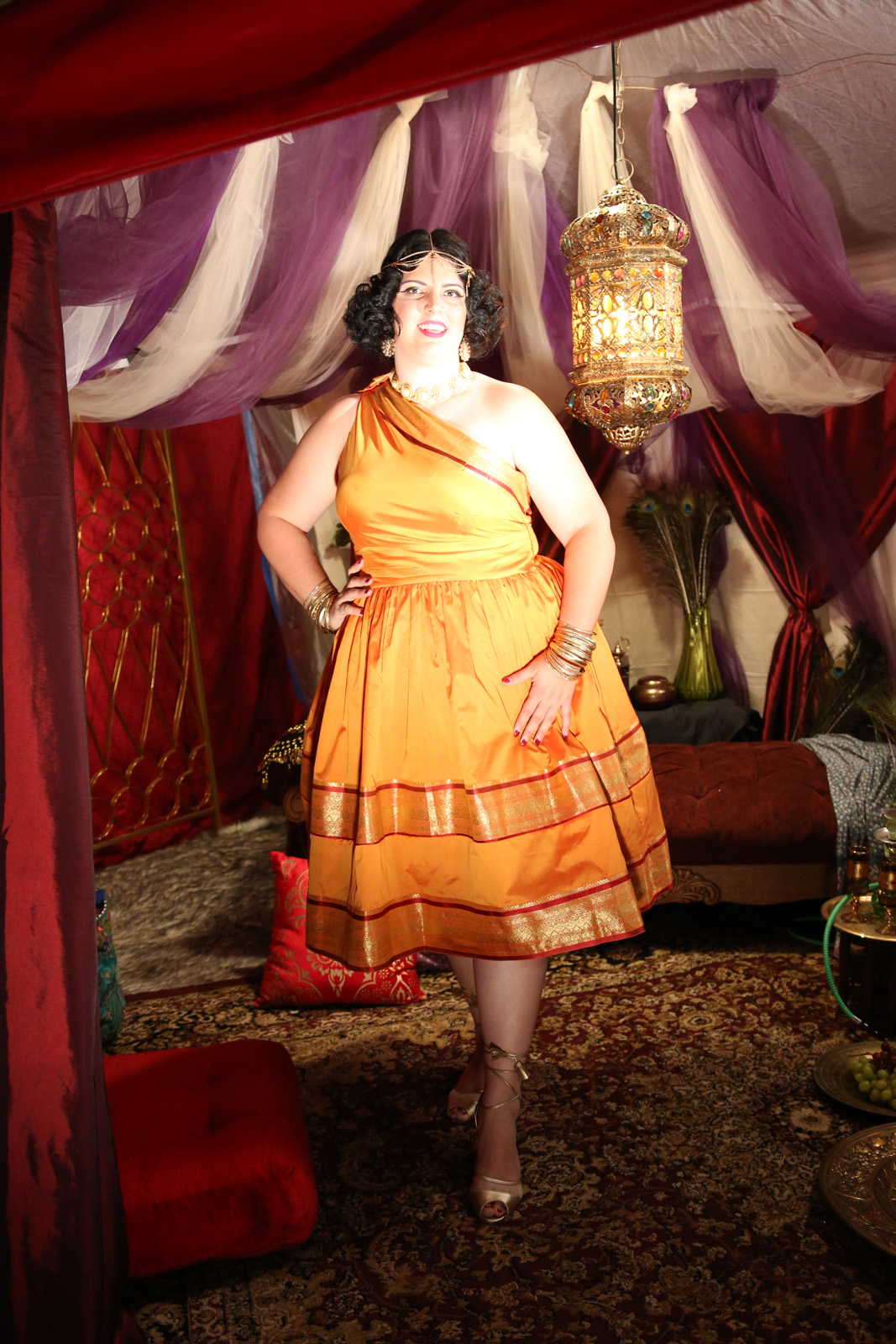 A lot of her features are over exposed, some highlight details are blown out, exactly the sort of image many studios would delete and likely never share with the model. There’s all kinds of behind the scenes background stuff you wouldn’t see if I was actually composing the shot, but alas here I was tweaking the lighting, this was a test shot but she loved the way she looked.

Here is the edited image I provided JoJo: 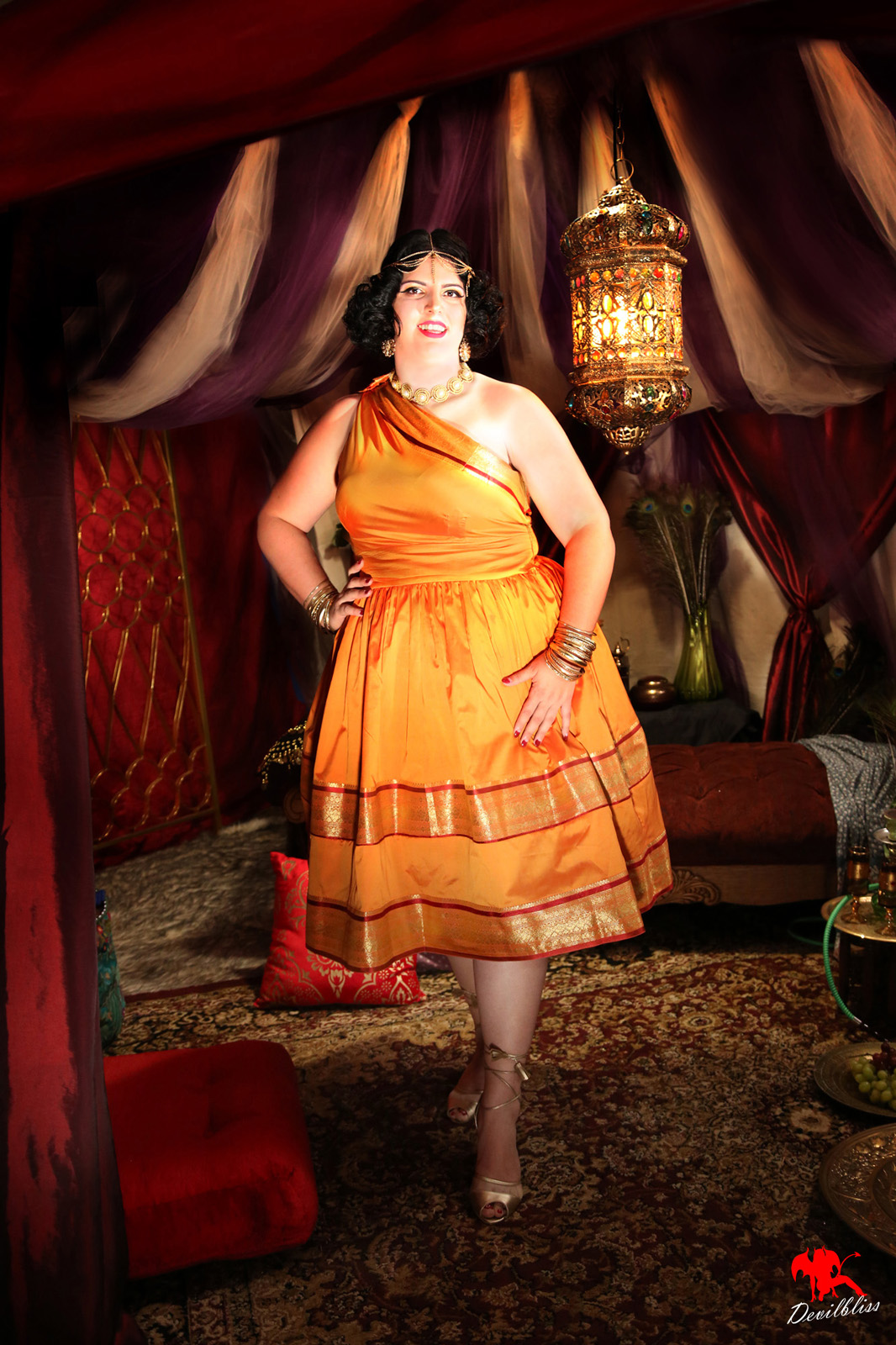 This wasn’t just a matter of adjusting levels and exposure, there was a lot of balancing, creating background where there was none. A challenging detail (and one many clients wouldn’t even stress over) was her necklace. Much of it’s detail was gone by being too brightly lit. Below is a crop of the original with the edit inset. My solution to this was to find another similar image that was properly exposed and borrow some of the necklace which was added here.

It would be easier for me to remove images from a session that might take more time to edit. There’s usually no shortage of great images I could pick that would also be quicker to polish and present to a client. In the case of this test shot that Jo Jo loved I would go on to spend as much time on it as I would 4-5 regular images  (I average 20 minutes per photo as I do each one individually).

This is my art. But they are your photos first. Part of my art is serving you. You hire me to take great images for you and you likely valued my style and abilities, but I want you to love your images and love how you look in them. I have heard from friends who’ve shot with other studios that the photos that were selected for them depicted them in ways they didn’t feel comfortable with, didn’t like the pose or some feature about themselves. They wondered what images may have been taken that they would have loved more but never got to see.

JoJo used the word favorite when she saw this photo. How many favorite photos have clients been denied because a studio decided what’s best for them? Ultimately JoJo picked most of her photos to be edited but she then did tell me to choose several myself. I’ve done this many times for clients. I’ve fully selected all images that were edited. YOU HAVE THAT CHOICE. You tell me. I work for you.