Yesterday was quite a day in the studio. We did 6 shoots over the course of 13 hours with 7 different people from 3 different states.

And what a diversity of images. I nearly want to post them and ask you to guess which was first and which was shot last since my day started around 7:30 and ended at 10:00 yet none of the sessions got any less attention or energy as compared to the very first.

First we had three adorable little girls visit us from the first state, that being Delaware. They came to shoot the Alice set before it was retired later that day. 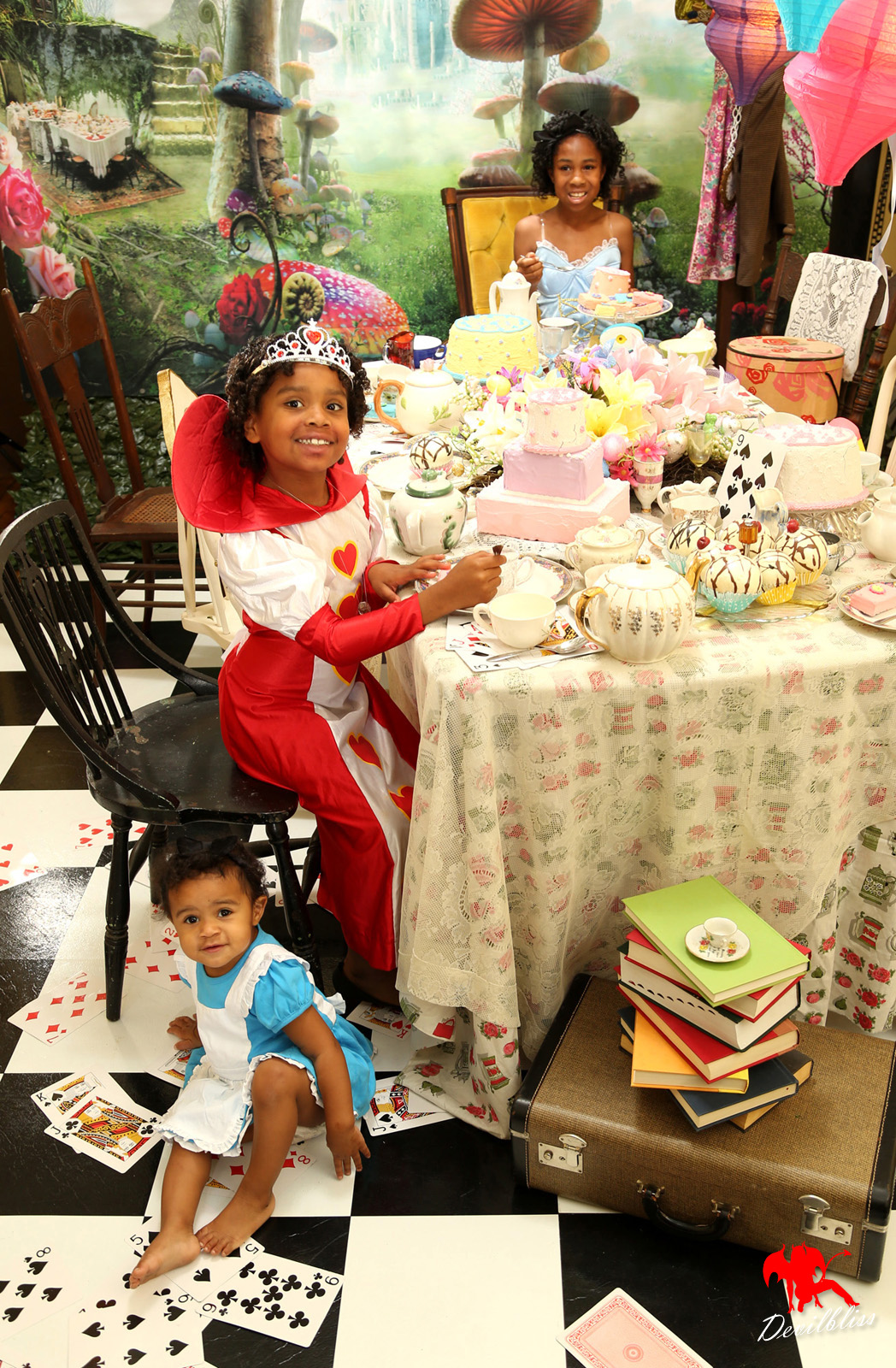 Next we were paid a visit by Eva Casablanca who we first worked with in her home of Nashville Tennessee, this time she drove the 12+ hours to take part in our Arabian Nights set: 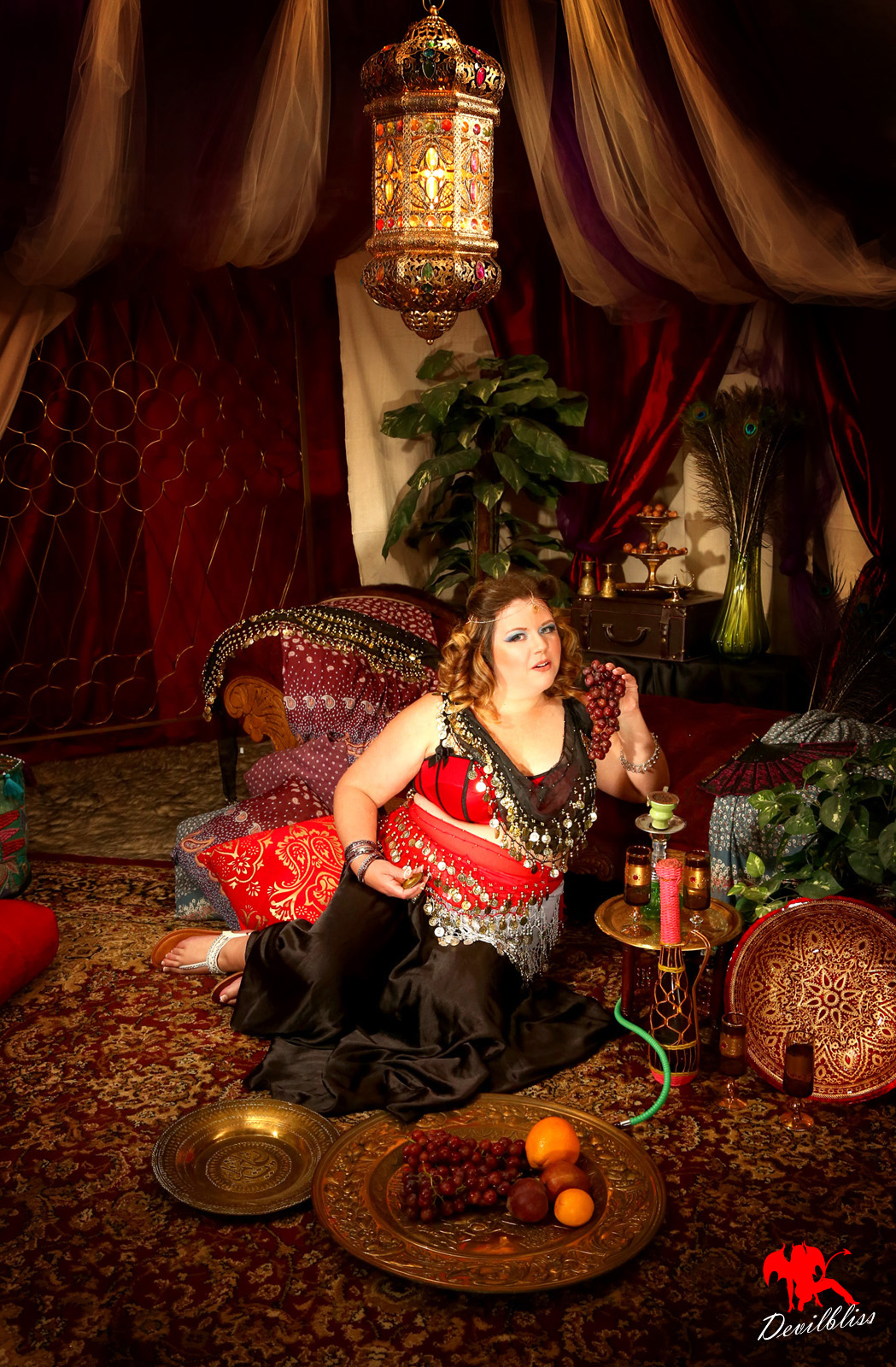 We had the best time with this and Eva left with an “I’m a Devibliss Girl” t-shirt in addition to a data card filled with over 700 photos.

Our next 3 sessions were all of the same lady. Jenny Jane first shot with us just a few short months ago but each time she joins us she schedules several different shoots. She too took part in the Alice set and was the last to shoot it, actually by this photo she was the last 2 people to shoot it: 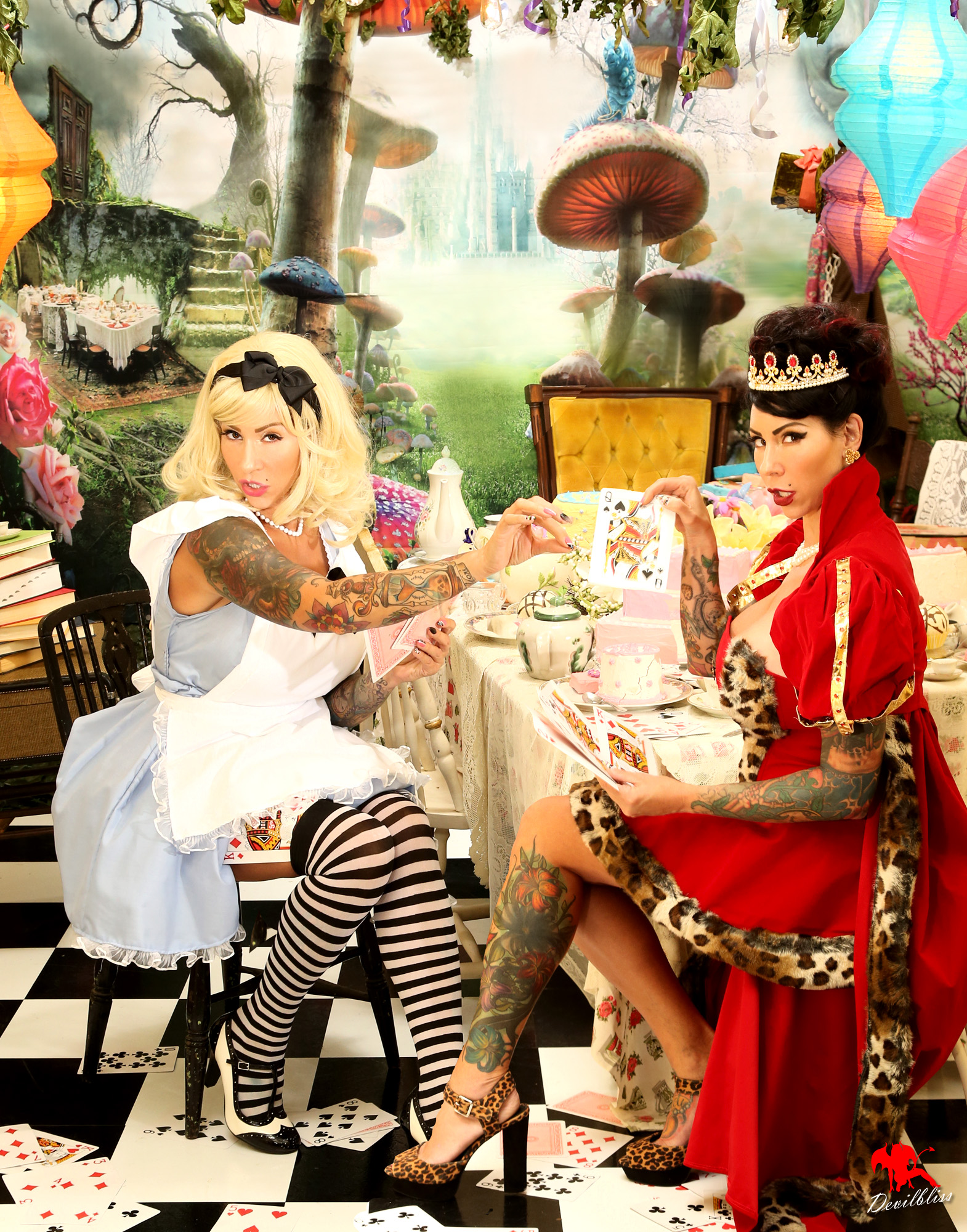 Next up she did our Sideshow Sirens shoot which was tricky for me because it is done in the exact same place the Alice sessions were set up… so… while she and Nicole began working on her next fully different look I scrambled to not only tear down the rather significant Alice set and clean up, but then had to erect the Sideshow itself. And I was nearly ready by the time they were. Here’s a sample:

From here Jenny then did our Rago session. This is the one where you shoot in a custom to you, dyed Rago shape wear ensemble. I’m including a few samples because, well, because…. 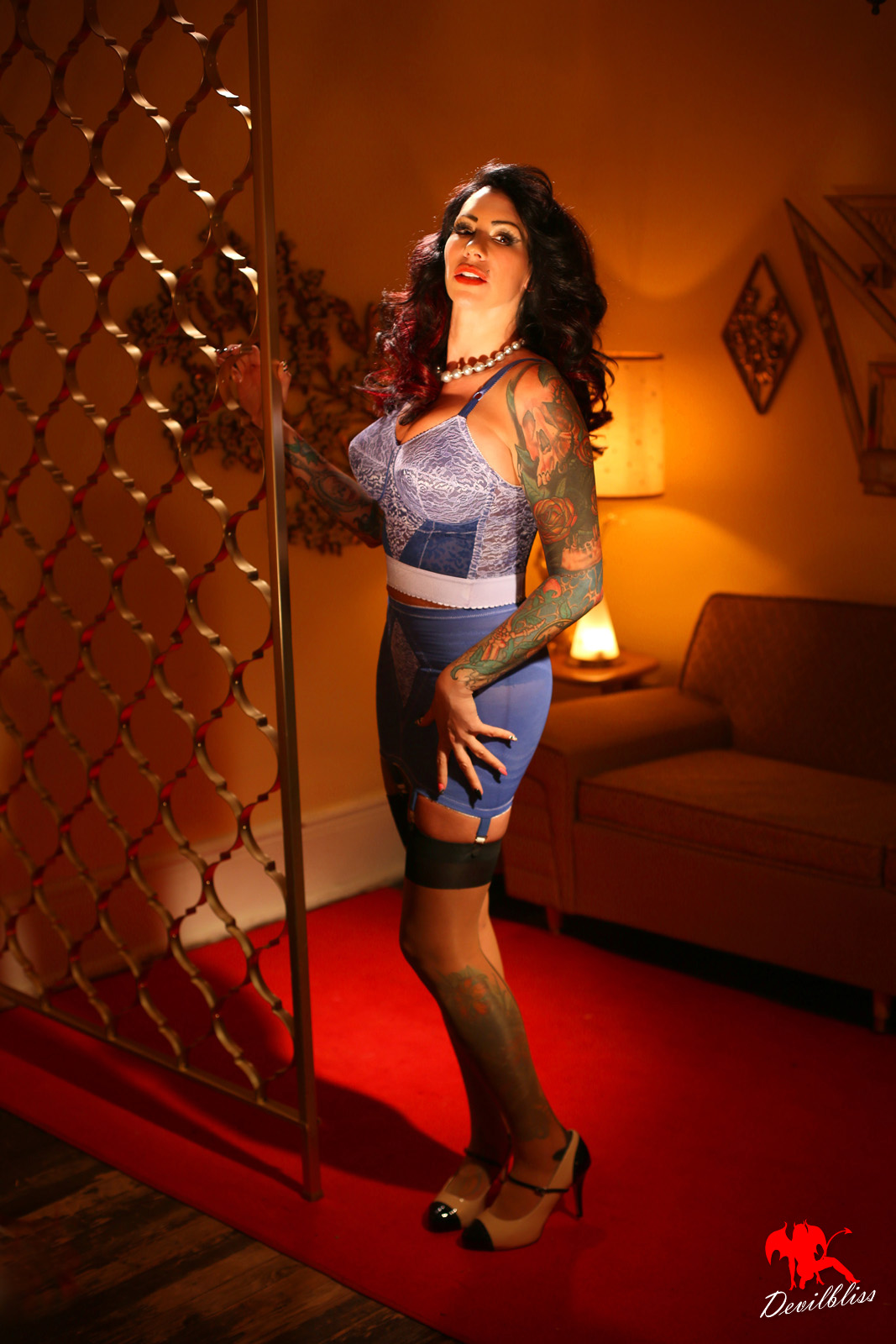 Again a completely different styling treatment with her hair and makeup, a different setting with my signature lighting treatment. Isn’t that shape wear bad ass? Jenny is too.

While we were still shooting this, our next subjects arrived. A familiar face to the Devilbliss family, Georgia Storm came with her friend John for some couples photos with a fitness theme. We shot some natural light images on our 3rd floor with the last bits of daylight to be had. 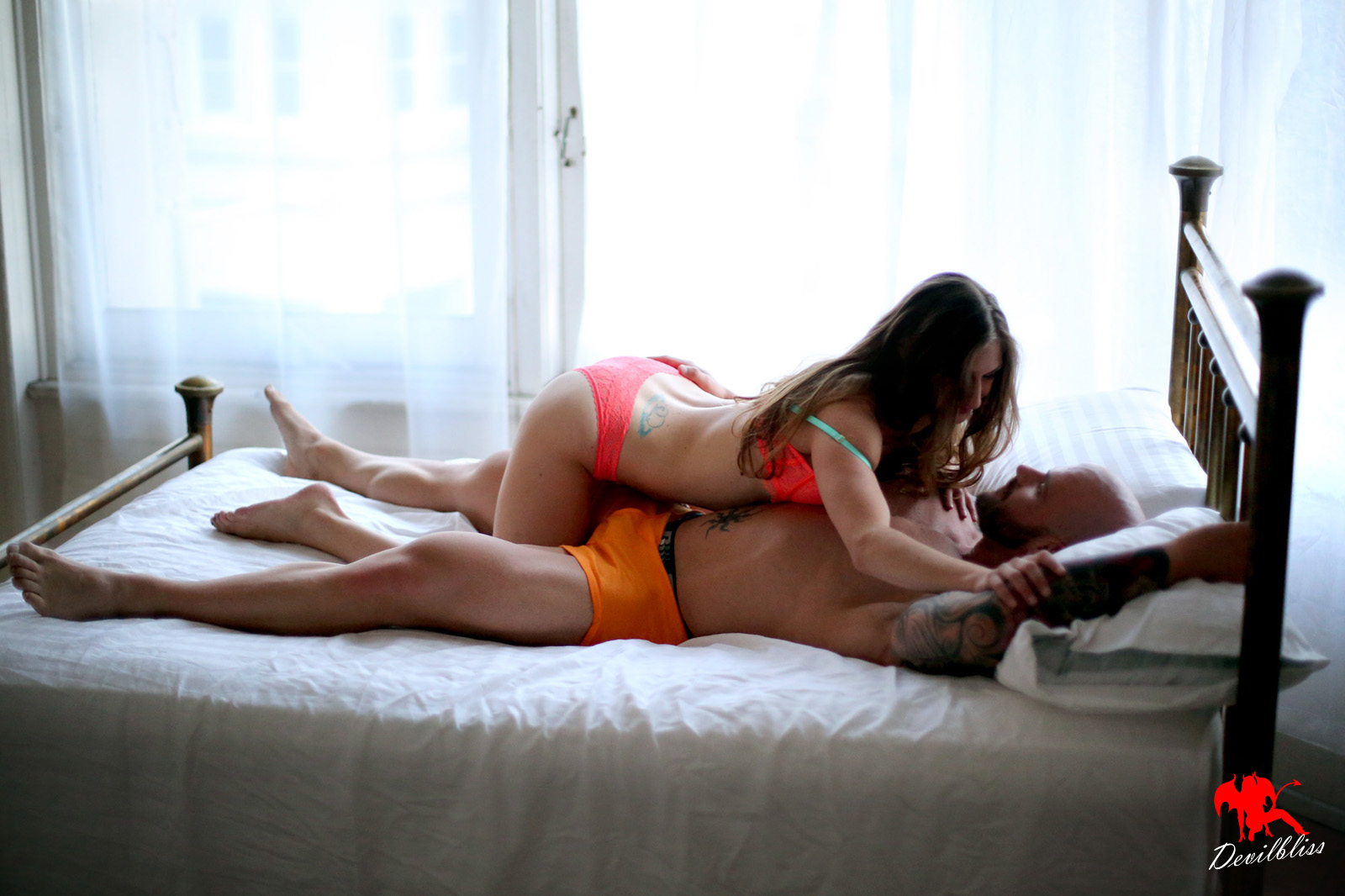 Even though this sort of session was technically a one look appointment, and in spite of the fact we’d already put in an 11 hour day by this point, I had these kids join me on the veranda at the studio. OK in reality it’s a fire escape. It had become dark by the point we were ready, but I really am glad we took the time to capture these final images: 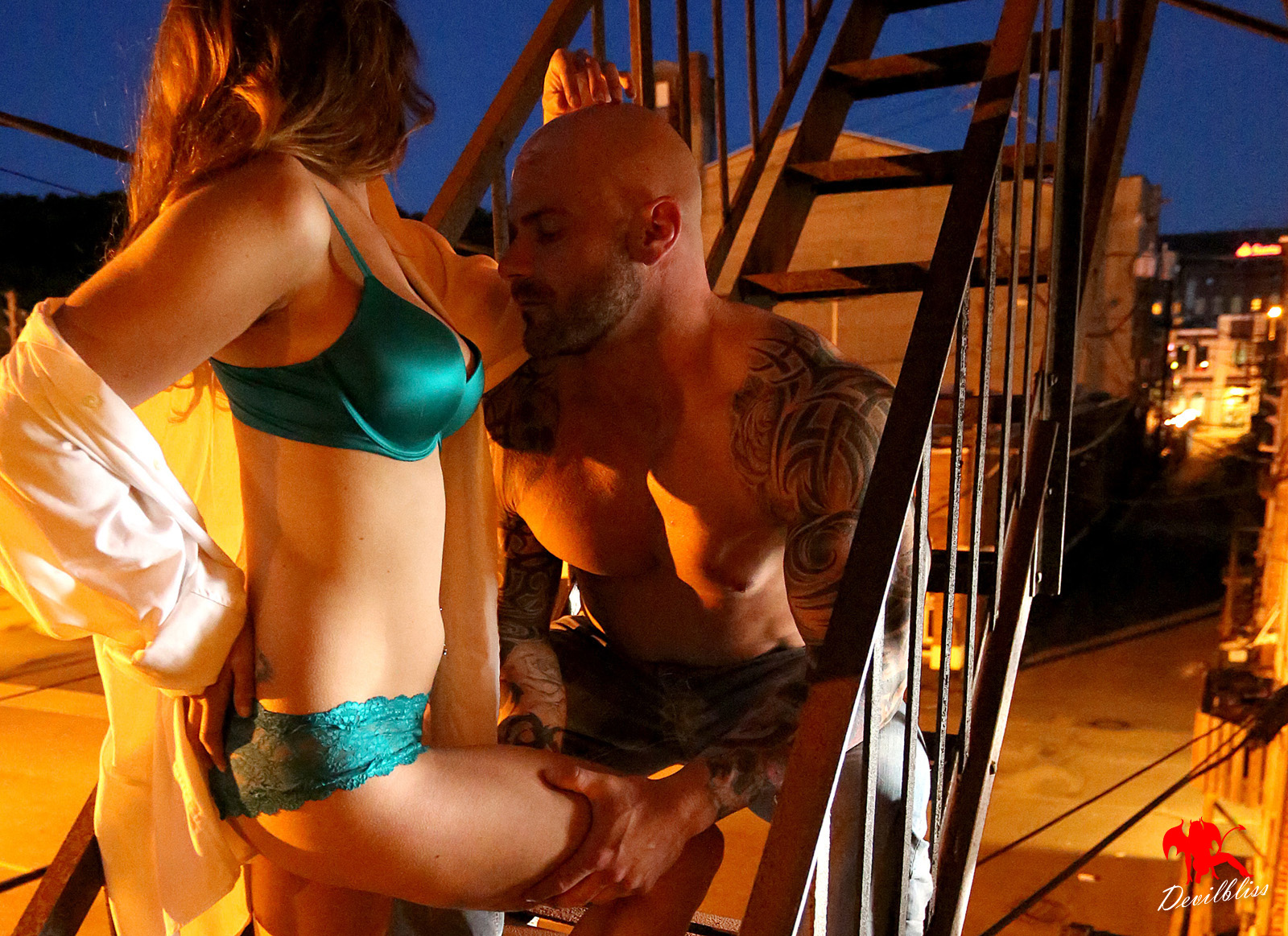 As long as I have been doing this, you’ve never seen me post that we’re fully booked other than our specials. It’s because we love what we do and will work hard to meet people’s schedules and themes to the best of our ability. We’ll start at 7:30 a.m. and continue into the wee hours of the morning if that’s what it takes and at no point, no matter how many sessions we’ve done prior to yours, will yours be any less important to us.