If you got them to you any faster it would be because we figured out time travel and could get them to you before your session.

When you shoot with us you get your photos immediately. Michael/Victor uses a professional camera with 2 card slots. Pro camera bodies do this for redundancy. At some point photographers who rely on their equipment for their livelihood began demanding multiple data card slots in camera bodies. Michael shoots to a compact flash data card for his archive files as well as a second SD card for backup. This SD card is handed to you quite literally seconds after the last photograph is taken. (and you get them in these darling manilla envelopes we rubber-stamp the logo onto – people just love them and it’s nice to leave with something in your hands after you spent a nice bit of money on an indulgence) 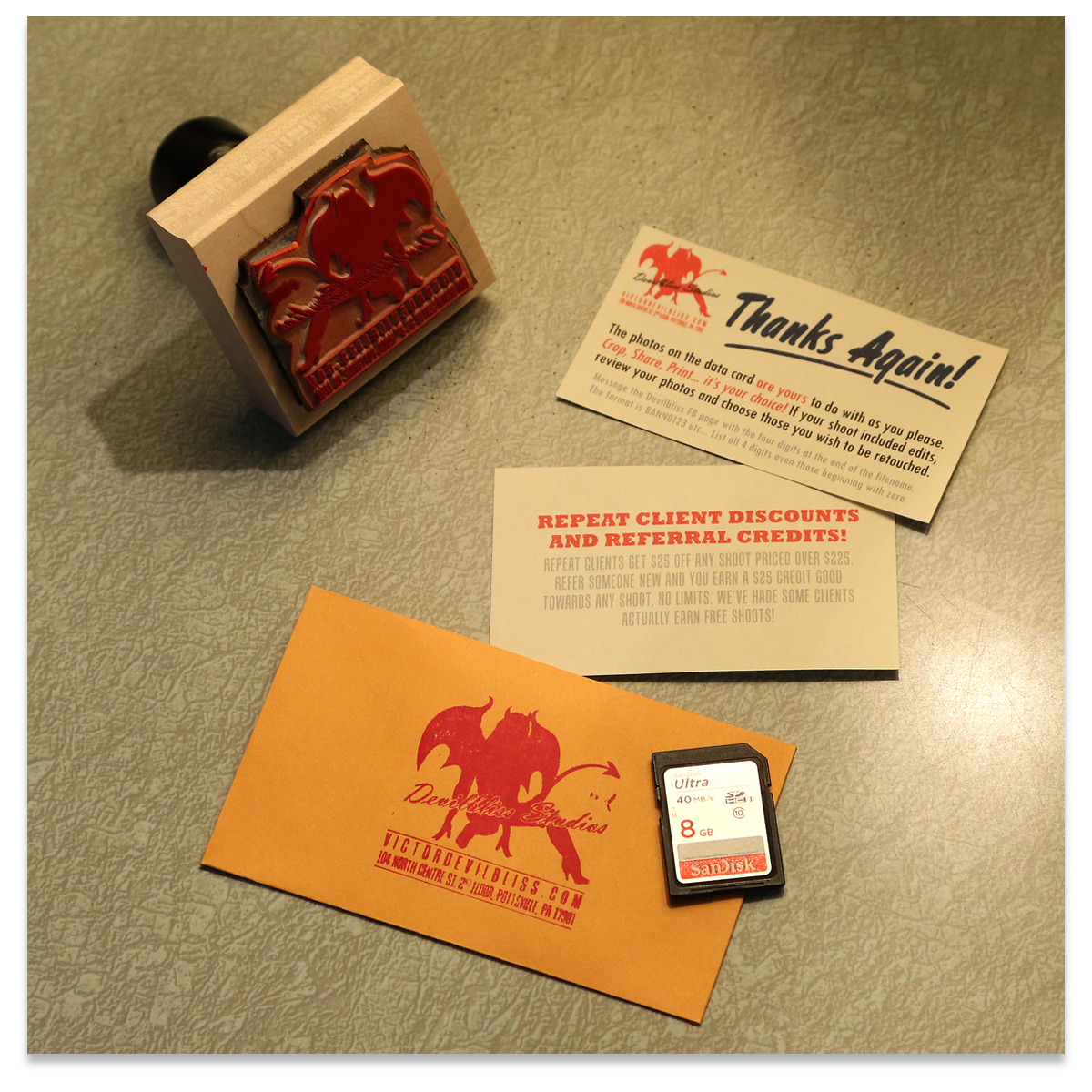 You go home with EVERY SINGLE IMAGE shot. All of them. None are kept from you. Michael doesn’t decide which images he thinks you’d want to see. That’s pretty fast isn’t it? Why do this? We know you want to see them as soon as possible. You also have full copyrights to the images. We share it, but this is rather uncommon as a lot of studios retain full rights and often have to be contacted if you wanted to make prints or submit for publication. Often they will want you to make prints through their service at marked-up pricing. We don’t do that. You hired us to create images for you, we think they are yours.  We’re pretty sure this is a popular aspect of our services too. How do we know? Well how about a session we just had in the studio where 10 ladies joined us for a day of laughter, shenanigans and photos and as we were still shooting during the day… models who visited earlier were already posting photos! Several even changing their profile images to photos we shot only hours earlier. We think that’s a pretty good indicator. Another part to consider is this… posting those shots from the data cards means they were sharing UNEDITED photos… they were proud enough to share the images as shot, not retouched. THEM.  That’s pretty powerful. It’s also a reason we offer group sessions in addition to private one on one sittings. We want to empower as many women as possible. Give more people the opportunity to get images they can share immediately with no re-touching. There’s only so many weekends in our lives and we know that’s when most of the rest of you (hey we’re in the studio) have time to get a session in.  Take a look at some of those very posts: 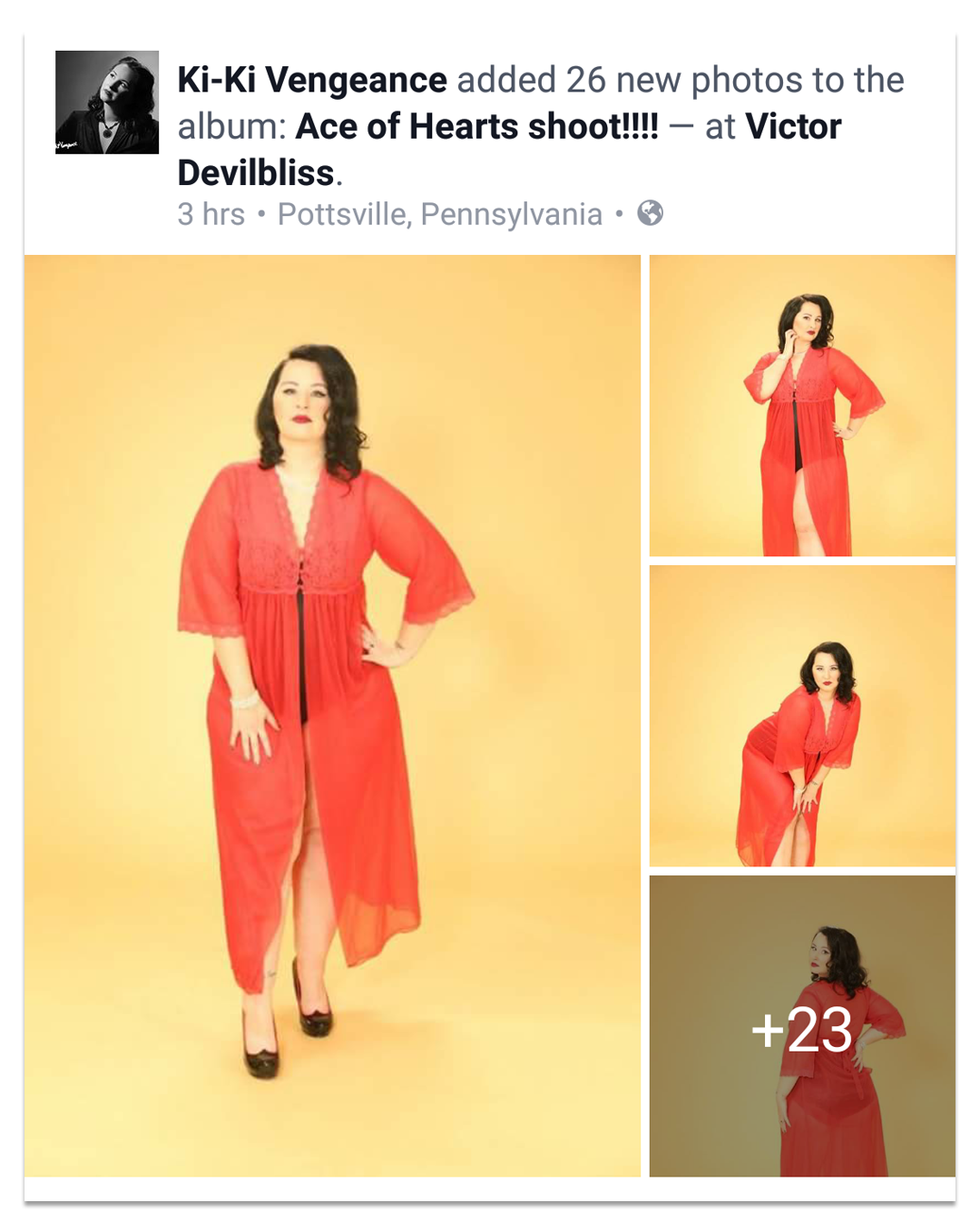 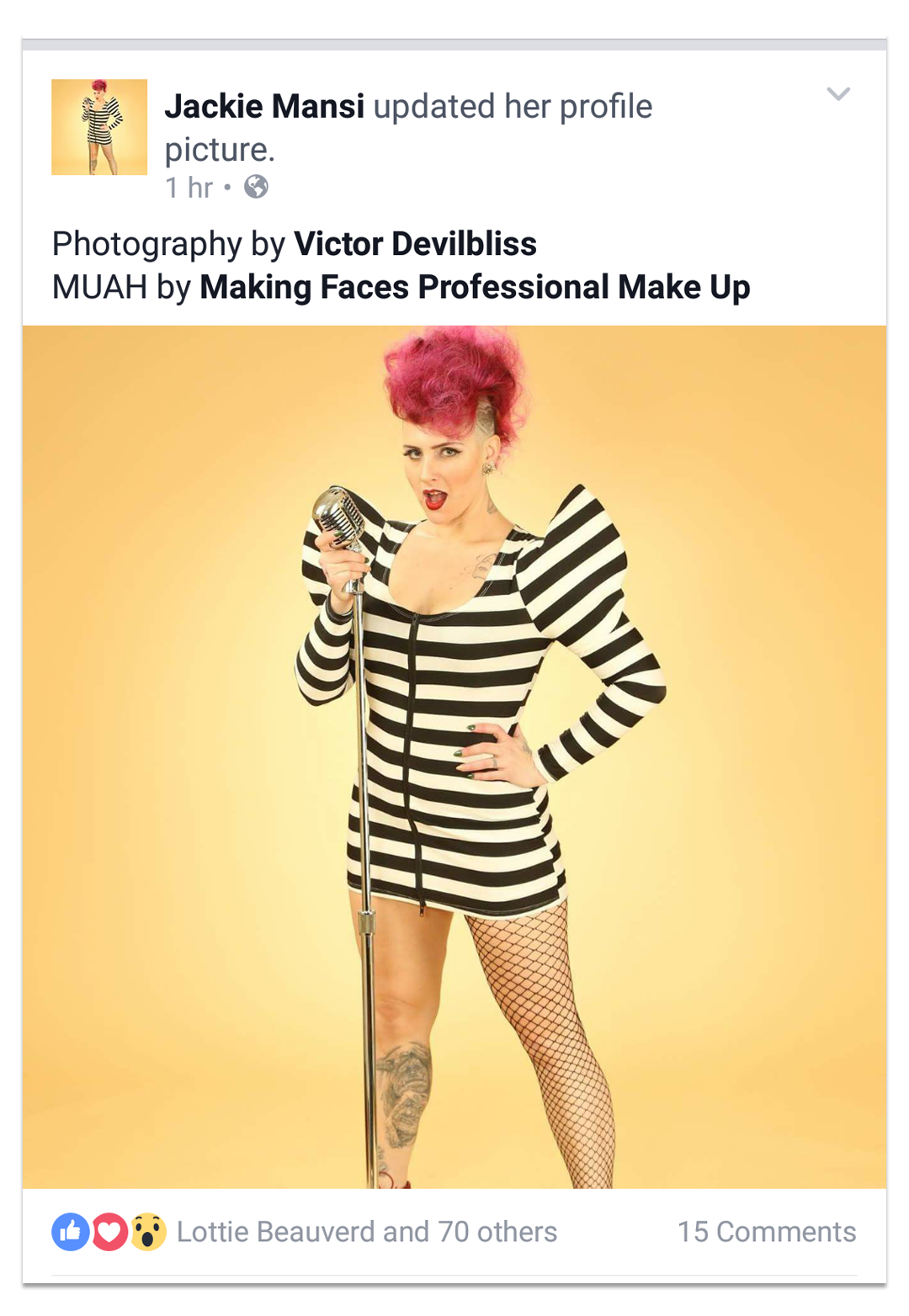 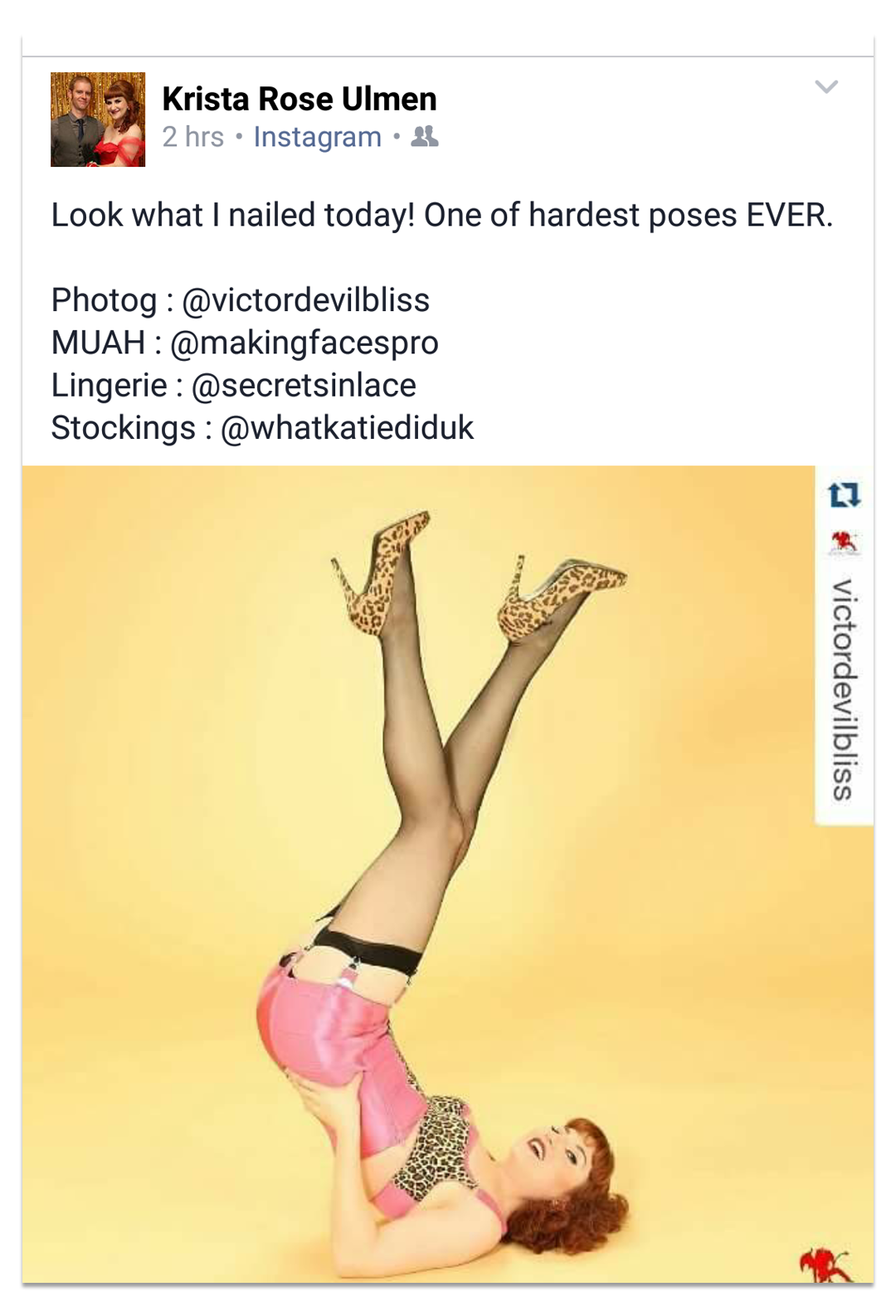 What are you waiting for? Certainly not your photos when you book a session with us. Check out our upcoming sessions here. And for the most up to date list and to book you session go here.