This set of photos is really important to me. I love them at face value but they are of a couple I’ve known for what seems like all my life, and I’m no spring chicken any more. I really can’t even tell you when I first met Russ. He was one of those local kids you knew through other friends in the music scene where I grew up. I’m not sure how much older I am than he is but I know I already had a job at a local music store and he’d come in and we’d always spend time trying things out. Later he’d around and in all the various bands I was friends with or involved with and we fell into a circle of friends that got to be pretty close. I remember when he began bringing Kelly around to parties. They were a great couple. They ARE a great couple still, and are soon going to renew their vows (casually) and have the wedding reception/party they never had originally. They recently asked me to do some photographs for their “save the date” announcements. So last friday they came to the studio and had along  cousin Dave who I met through Russ and the guitar player from Dave’s band Steve who it turns out I ran into a day earlier in his music shop. Steve’s father used to be a customer of mine when I was in the business. Small communities can be awesome like that. So Kelly ventured back to wardrobe and with the help of cousin Dave picked some dresses and began to get ready. When she was finished we took advantage of the late afternoon sunlight and walked to the bus station nearby. It’s quaint, there’s some grand victorian homes nearby and a bit of a city scape with which to use as our outdoor backdrop. 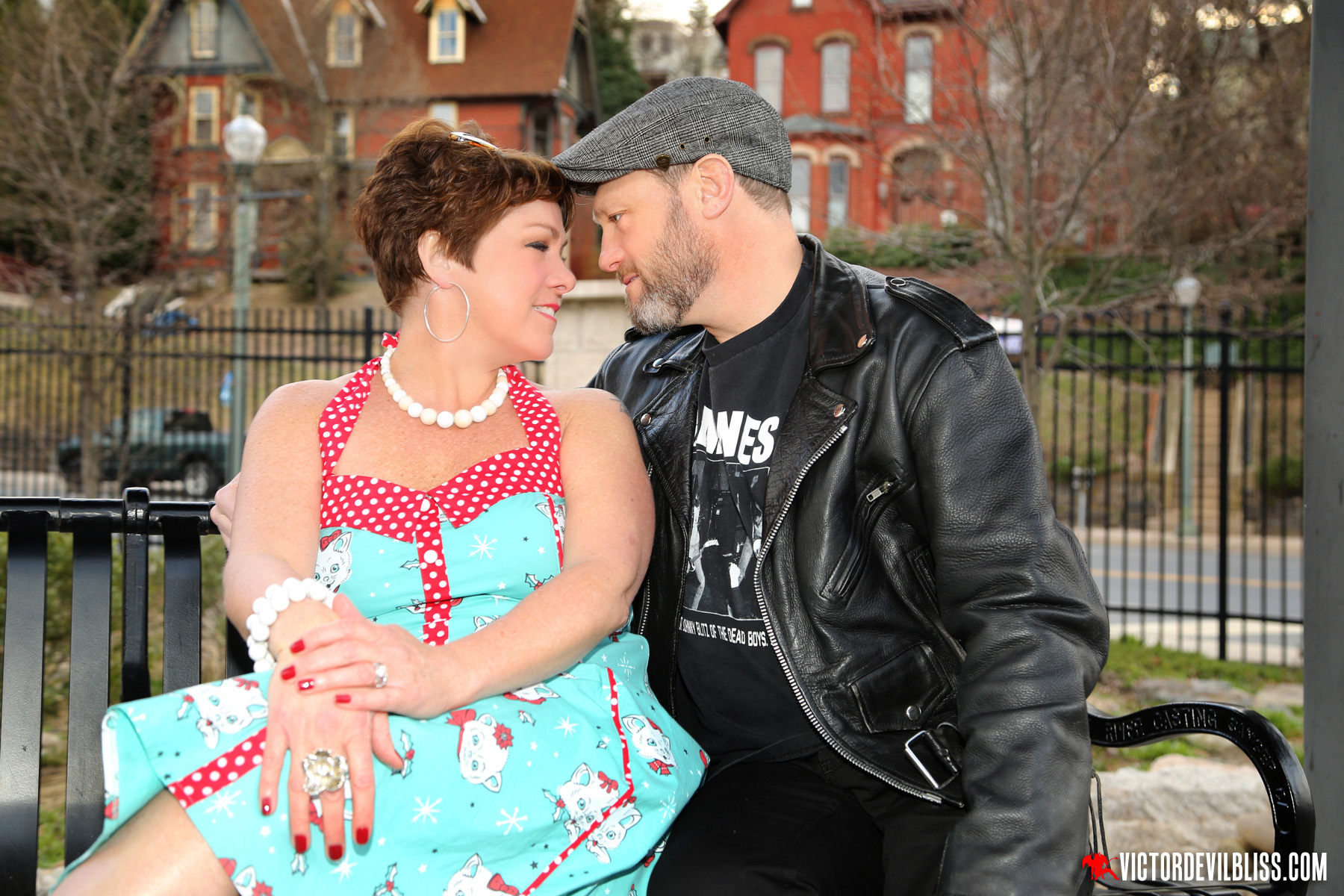 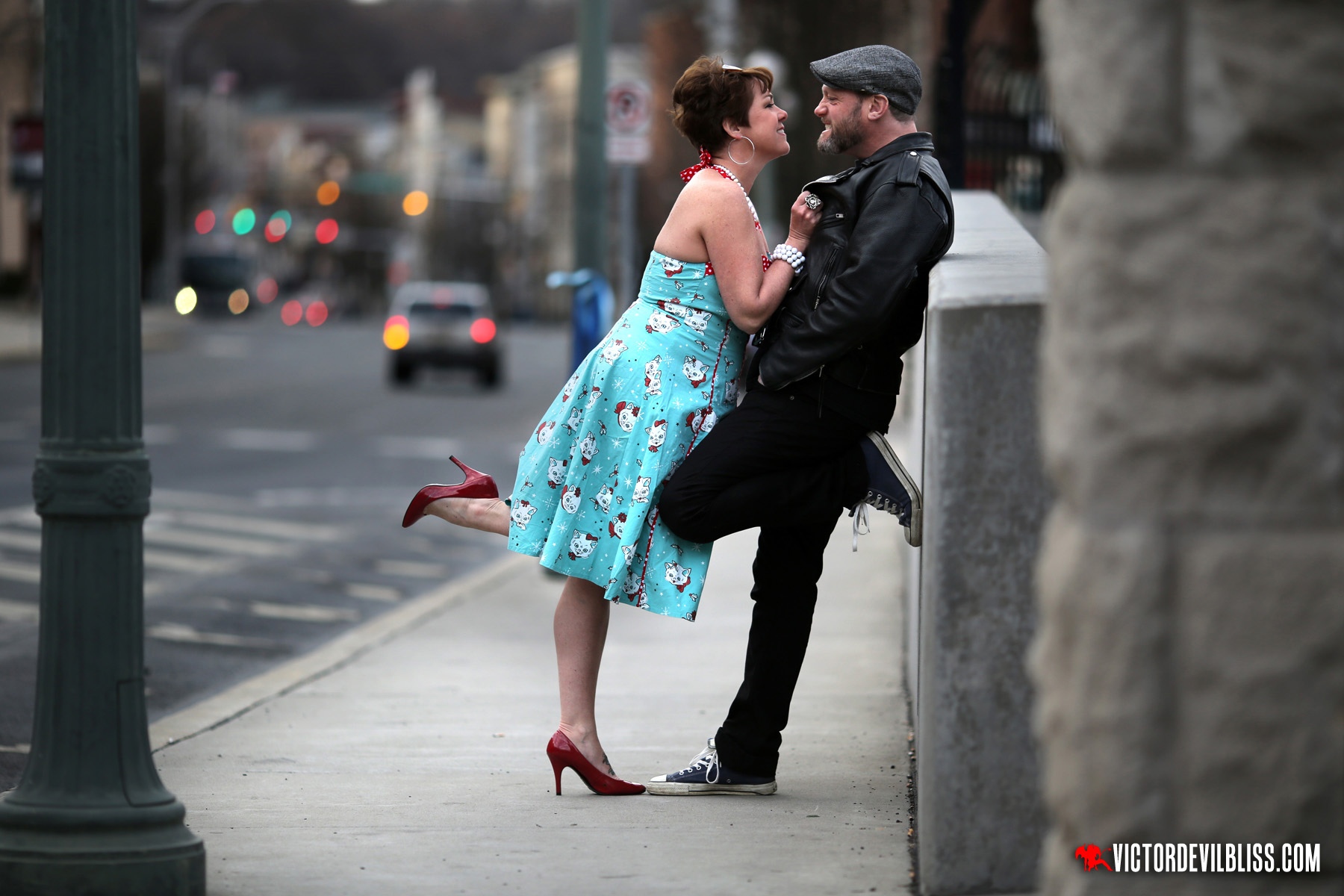 Later we’d head back to the studio for some fun images. 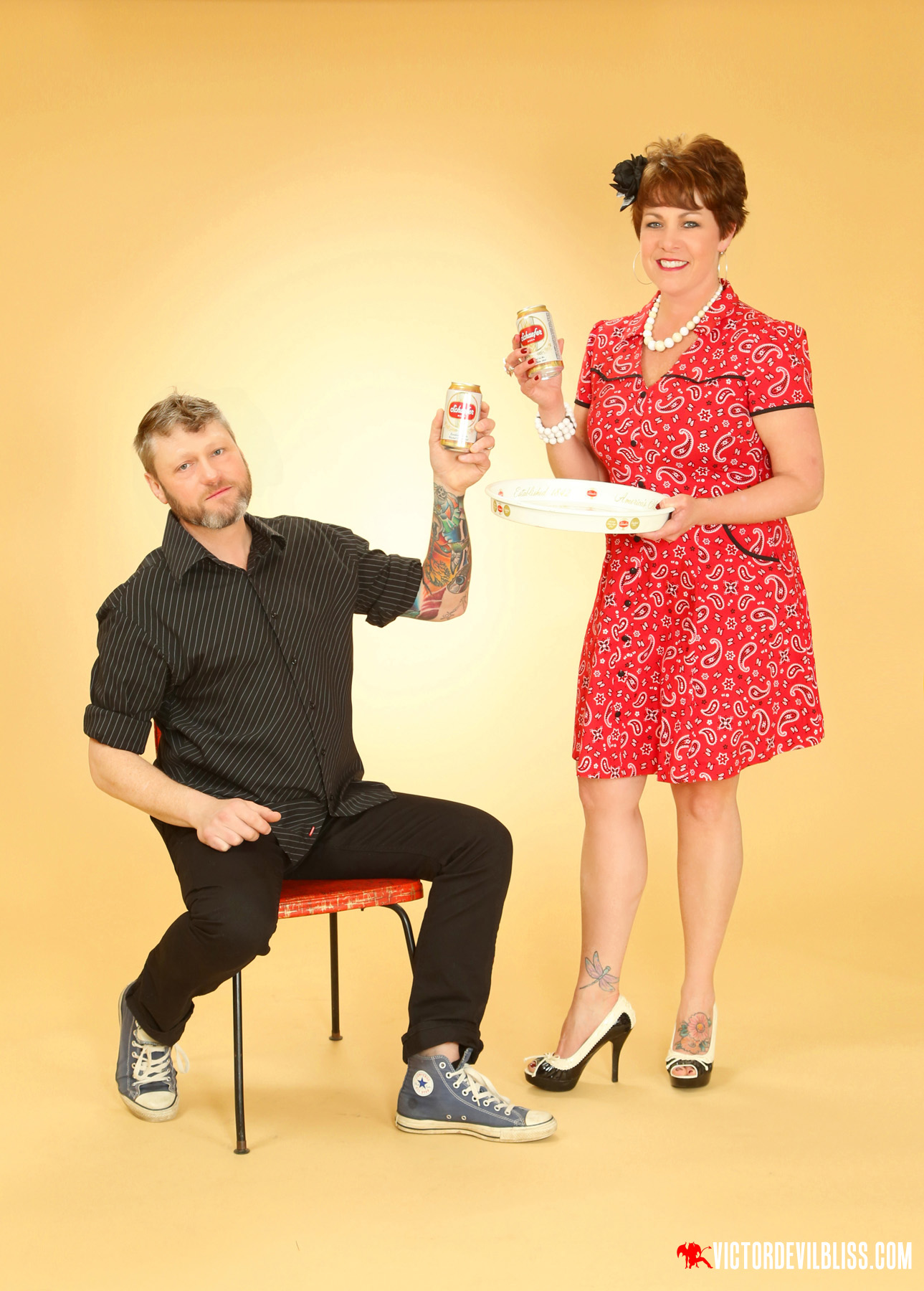 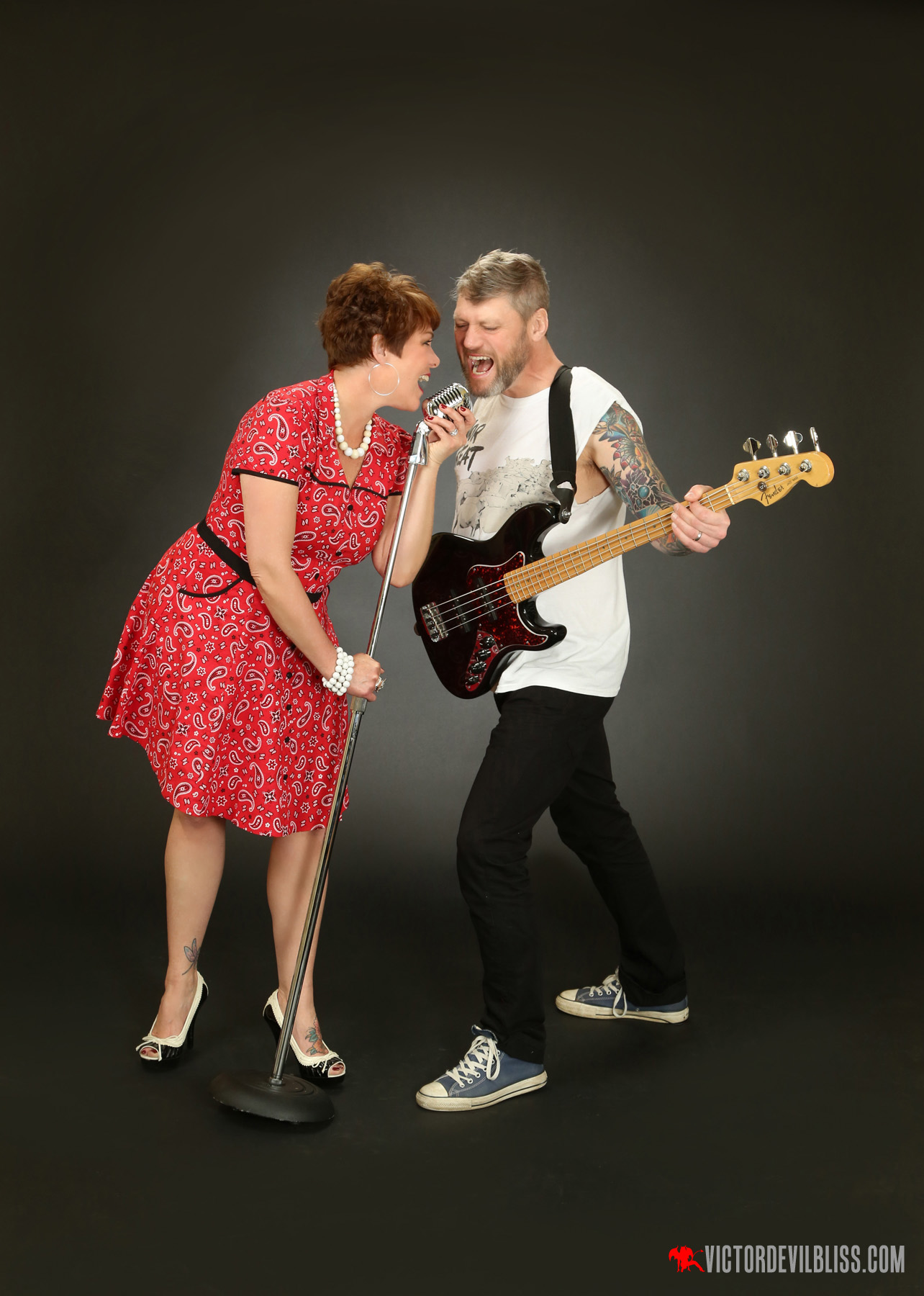 Afterwards we went for some drinks at a local restaurant. While there we’d run into half a dozen other people we knew, some we hadn’t seen in years. Kelly would go on to tell me about how she and Russ met. The look in her eye and tone of her voice made it sound like it was just yesterday. That was so awesome to experience. Afterwards we chatted online about the shoot and such, Kelly telling me I’m one of the few people who can tell Russ to shut up and he will. (Russ can go on and on and on… and sometimes you just have to say STOP). As I type all this, I remember a time, just after I got back into the area when Russ and I got together for sushi. We really hadn’t seen each other or been in contact for far too many years. During lunch and conversation, he stopped and said, “I’m really glad you’re back home”.  It still strikes me as to how much such a simple statement can mean. After quite a few times of doing things together I have to say Kelly and Russ are the sort of people that make me glad I am back home too.  At the bar after the shoot, I mentioned to Kelly how I think of the movie Stand By Me. The narrator was speaking about his childhood friends. He said “I never had any friends later on like the ones I had when I was twelve. Jesus, does anyone?”  Russ and I were older than that when our paths crossed, but young enough for that sentiment to hold true. Love you both.